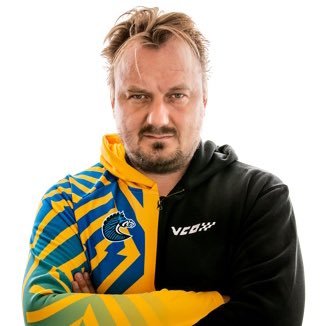 VCO are well into their Esports Racing League (ERL) Spring Cup, in which the top esports teams from ACC, iRacing and Rfactor, all compete in order to qualify for the Esports Racing World Cup (ERWC), but what goes into starting such a series, and what also goes into maintaining the machine once it is running? I had a chat with Florian Haasper, CEO of Virtual Competition Organisation, about what it takes to get, and to keep, this ball rolling.

If you want to start such a series, you first need an idea, something exceptional for what you want to establish. With the VCO, we are a very proud member of the sim racing community, but our philosophy is that we don’t just look at the next sprint race or endurance event, we are always looking to bring something new. It all started with a single email that I received in the early days of VCO, which is early 2020, from Luca Munro, who currently writes for http://overtake.gg. He outlined many great ideas for a sim racing world championship, and I had always had it in my mind to create a series like this, to take sim racing to an esports level. VCO also took inspiration from other areas of esports, such as Rocket League, and so I wanted to bring something comparable to other esports competitions into sim racing. This led to the structure of the Esports Racing League, with tournaments spanning over several different sim racing platforms, as well as different splits throughout the season. We have a Spring, Summer and Fall cup, and each cup is split into three rounds, and also a masters event which offers a higher prize fund then the regular rounds. We staged the first Esports Racing World Cup in early 2022, which is the grand finale to our season, where all roads eventually lead for our sim racing tournaments, for which only the top 12 teams will qualify for the ERWC throughout the year.

Once you have the idea, you then need the best people. At VCO, we were very clear that what we do, we do it with the community. We approached our friends at RaceSpot TV for the broadcast, and got on board Mike Yau from Simply Race for his exceptional broadcast direction skills. We wanted well established casters from the existing communities, and the goal was always to bring people together, so we brought in Arjuna Kankipati, Lewis McGlade and Luke Crane, to establish them as the faces of the championship. We went for a more esports feel to the broadcast, so we have our own graphics work and our own music composed for VCO.

When the idea is formed and the people are ready to turn the idea into reality, you finally need the most important bit: the teams. We needed to get teams and drivers interested in being part of the ERL, they needed to trust us that we will provide the broadcast quality that we offer, they needed to trust that we would pay the prize money and things like that. It’s been a long process to bring all of these components together and to build the reputation that we needed in order to be able to offer the kind of championship we aimed for. We invited the teams we felt would be interested in taking part, and the response was very positive, because we had worked hard to build a good reputation in the community. This led to teams that were established in, for example, iRacing, to have to leave that comfort zone and perform well in ACC and Rfactor, as those are the three platforms the championship runs with. Not only did we bring in the larger, well established teams and drivers, but we also brought in new faces, for instance the Legion of Racers from Sinagpore, and eTeam BRIT that consists of disabled drivers.

We want to create a storyline that shows every facet of the sim racing community, which is what the ERL is doing really well, uniting drivers and spectators from different areas of sim racing together. When it comes to running each event, it’s all down to hard work. You have to organise, with your experienced people from the community, everything from race control to those that are setting up the servers, to stewarding. It’s a big collection of experts, with the passion and knowledge to make these kinds of events a success, which has been key to the development of our events. Whilst the event is running, we do what we can to care for the participants, teams, and drivers. We are not a faceless organisation, so we feel it is absolutely crucial to look after those that are taking part in our events, so when a question is raised, it’s handled quickly and correctly. We make mistakes sometimes, we are only human, so this further highlights why it’s important to look after everyone taking part in our events, so that if we do make a mistake, this can be rectified with as little impact as possible. We are very open about such things, and we feel that this way of building trust is key to building good relations with the community and participants, large and small.

One final, very important thing, especially in an event that covers multiple platforms, is communicating with the sim racing games and platforms to make sure that they are at ease with the events. Usually, esports is conducted on a single platform, so those that are experts and passionate about that particular platform know what to expect, but when you are covering multiple platforms, it’s very important to communicate openly with all platforms concerned, so that it is clear what the event is about, and the objectives of the event. We couldn’t do the events we do without the help, the goodwill, and knowledge, of the established games and platforms we deal with in the sim racing world.

Asetek Simsports by Volante Racing: From Sushi to Pizza 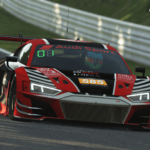 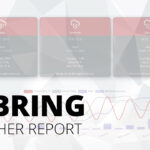 Asetek Simsports by Volante Racing: From Sushi to Pizza