The second round of the SRO-hosted Intercontinental GT Challenge Esports powered by Mobileye series took place over the weekend. 24 hours of Spa Francorchamps awaited the nearly 50 teams competing, with many of the major names from the ACC esports scene present and ready to do battle in the virtual Ardennes forest. Riding high from the opening round win for the Pro contingent was the #63 Automobili Lamborghini Esports Team, where the Silver standings were led by the #110 McLaren of AJA Simracing Team powered by GAADI.

The #66 McLaren of Veloce took pole position, right alongside the Silver lead qualifier, the #22 Honda of Rocket Simsport. The fighting throughout the field was fierce, with numerous groups of cars all arguing for the same patch of Belgian tarmac, but four and a half hours in, disaster struck as the race was abruptly halted by a DDOS attack.

To explain what this means, DDOS stands for “Distributed Denial Of Service”, and it is an attack on an online service that prevents users from being able to access that service. In this instance, the ACC server hosting the race was flooded with internet traffic, causing the server to become overloaded and eventually crash, bringing the race to its sudden conclusion. To put into perspective the impact that this has on a driver, Jaroslav Honzik, one of the drivers of the car that was leading the race at the time the attack took place, the #149 YAS HEAT McLaren, shared his thoughts on what happened.

How much practice had you on the YAS HEAT squad put in for Spa?

It was for sure over 3 weeks of practising, no idea how many hours. I personally did around 10-12 hours of practice and adapting for race setup to match my teammates pace, and my team mates did even more than I did.

How frustrating was it for the team to have the race stopped, especially whilst you were leading?

It was insane, absolutely frustrating. To be fair, I don’t really care what position we were, yes it was nice to be P1 but it was 20 hours to go so it really didn’t matter at that point, but this event is something you are preparing / looking forward for several months. I honestly was emotionally destroyed, so sad for many drivers, teams, all the fans.

Cam Royal, Head of Talent at Veloce and Project Lead for YAS HEAT, expressed the disappointment from the pole starting Veloce team.

How much preparation had Veloce gone through for this event?

Well since the relaunch of our in-house esports team this year, we’ve had a much more defined approach to training for all competitions in the calendar. For the Spa 24H, we had a bootcamp for the week leading up to the race on Saturday. It was a LAN environment that saw us fly our drivers over and give them a dedicated training space within our London HQ.

The disappointment must have been huge when the race was stopped, how does Veloce manage that, especially in light of all the effort that went in to preparing the drivers for Spa?

In circumstances like that, there isn’t much we can do as an organisation. Ultimately we’ve done our job to deliver an enriching environment for our talent to compete in, and in light of us qualifying P1 I think we did all we could. It’s a concerning issue that these competitions are so vulnerable, but we can’t get caught up on it in the moment as our hands are tied.

The amount of time, dedication and money that esports teams and drivers put into endurance races cannot be underestimated, let alone all the planning and organisation that goes on by the likes of SRO who ran the event, and the broadcasting team doing their best to give the audience an entertaining show, all the efforts of many people brought to a grinding halt, through no fault of their own, due to the malicious work of an individual. Who and why will no doubt never be answered, but its such a shame that these situations can tarnish the growing reputation of sim racing in the esports universe, considering the amount of attention and momentum simracing has gained in the last few years.

The importance of reputation 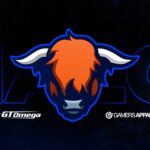 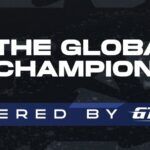 The importance of reputation