A Story of Practice and Preparations 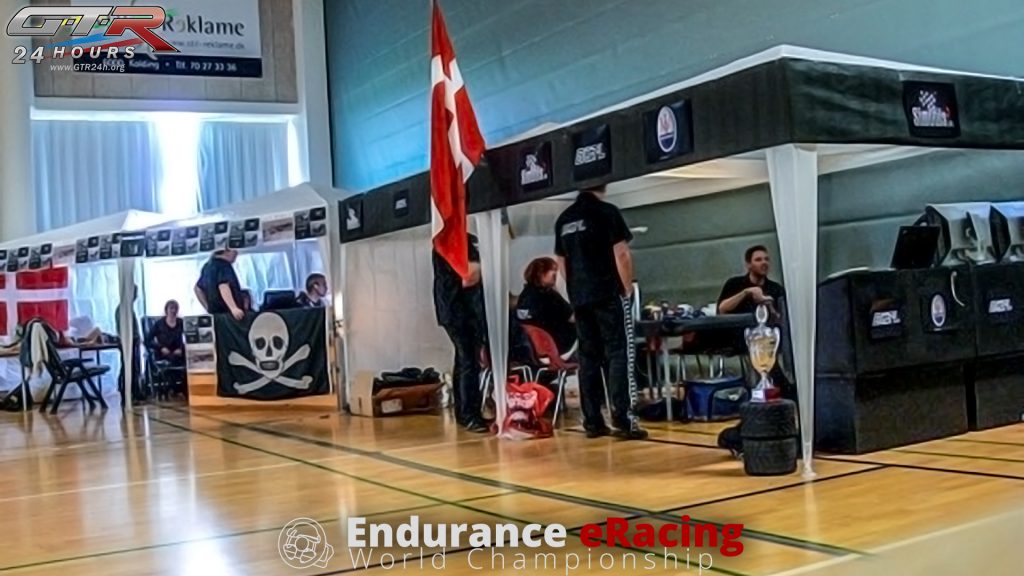 I’m going to tell you a story of a team that won the GTR24h 24-hour races outright, or class wins, 7 times since 2008 and some of the preparations and activities the team used to achieve these results.

First of all, only one of the races was really won on all-out speed. But the team always made a priority out of driving the cars with the highest top speed. Maybe that is the reason why they never won any of the prototype classes. The rest of the results were achieved by a combination of stability, patience and careful planning.

First the preparations. Having complete control of what software runs on the machine, tested hardware drivers, disabled Windows Update, disabled anti-virus software, minimal plugins and no unknown plugins. The thing that worked best was a separate solid-state drive with a Windows installation specially designed for the race. Being absolutely sure that no 3rd party software will crash or interrupt the race was the highest priority.

For the first five years, it was even prioritized that all drivers used the same wheel and pedal set with a shared button mapping. A nice touch was removing the ESC-button from the keyboard on the racing computer and using the rear-end of a pencil to tap the rubber dome in the keyboard. But they had many of these little details that just prevented mistakes from happening. For years their screens in their rigs carried signs that said: “Don’t fuck up!”.

Testing would be done in dry weather on full race setups and doing minimally 5 laps per pass and on the tires most likely to be used in the race. Initially, the goal was to create a setup that had all drivers deliver their best lap times on average. Heavy use of MoTec telemetry software was essential when comparing the performance of the car to the data inside the unpacked physics files. Yes, the unpacked physics files were scoured through meticulously. Things like optimal brake temperatures, ride heights, optimal oil temperature, engine life, optimal tire temperatures, camber angles, suspension geometry etc. The more knowledge that could be extracted on the actual physics of the car in the simulator, the less testing was needed to reach the technically optimal setup.

Tire and fuel runs, double stints, triple stints. All telemetry data was recorded and shared immediately via a shared dropbox folder. Heavy use of SimUtils telemetry software was done together with taking turns coaching from the other drivers on lines, gear shifts, fuels use and tire wear. All the testing was done online on the actual race server. A lot of emphases was but in getting to know the driving styles of the other teams and practising in real traffic on the track. This was done to eliminate surprises during the race. Not all teams and drivers are predictable and being properly prepared with as much experience with the other teams was essential.

Another important factor in the team’s results was the fact that they always tested changing conditions. Knowing exactly at what point to change to wet, intermediate or slick tires was a race deciding factor in more than one of the team’s victories. Knowing this along with having the proper testing of engine life and at what RMPs to shift up and down without straining the engine too much, was just, in general, a nice safety feature that made sure that no race-ending events would show up unless they were caused by other cars taking the team out. And that was always mitigated by trying the very best to stay out of close battles with other teams. Rather stay behind and save the fuel, maybe there is an extra lap in there, that taking the fight to the competition and risking damage.

All lap times recorded and put into shared spreadsheets. The aim was to know the average lap times of all drivers on the team on all tires in all conditions. All done to eliminate the doubt of which driver to have in the car in specific conditions and what tire strategy and fuel strategy to run. Usually, the setup would be locked down 6-8 weeks before the race, but small increment changes that benefitted the average lap times were still allowed.

Sometimes 3rd party race engineers were attached to the team and they were coached and participated in online practice in the weeks leading up to the event. And this usually would go hand in hand with finalizing the plans for the setup of the pit-area. Who would bring what equipment and where to place it was planned out.

The night before leaving for the event, everything was double-checked, the racing computer was cleaned and dusted, cooling- and power profiles set to locked max-settings. Any boosing and overclocking was locked both on processor and graphics card.

Well, that is how they did it. They were all huge fans of the Audi Le Mans teams and their way of attacking the race with the 5 p’s: Proper preparation prevents poor performance.