John Clemments, his inside story.

His first race in GTR saw him running an awesome pace in the Porsche and making some impressive overtakes on a dominant comeback after a start line Drive Through penalty put him 25 seconds behind the pack, John Clemments gives an interview to Rookie Monsters boss, Simon Marshall, about his racing background and future intentions for him and his team.

He will have at least one entry, possibly more, into next seasons ACC sprint series but is very new to sim racing. His team has been formed over the last 6 months in X-box ACC circles but they have all now transitioned to the PC master race.

Have a listen to his story.

Simon Marshall
Manager of Team Rookie Monsters, creator of highlight videos for the ACC series. Email me if you have a driver you want to be featured in the next video 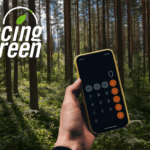