Everything was lined up for the big clash at Silverstone. The race that was supposed to have the three championship podium contenders fight it out for two hours of intensive door to door racing. Or that was what we thought. But that didn’t happen and #71 Musto GD e-Sport car walked away from the battlefield with a 31 point lead. Both #94 and #57 fell victim of foul technical issues and didn’t finish the race. And the post-race show was oddly quiet in terms of driver interviews.

We were, however, treated to plenty of close racing for 4th position in the championship. A battle that now has seven teams inside a 25 point gap. We are likely to not see the end of this contest before the season finale finish line at Monza.

Misano in Italy is the next race on the 16th of September. Set your alarms for 19.00 CEST to catch the pre-race show on SportExtra, Facebook, Twitch, Twitter, YouTube, and DLive. 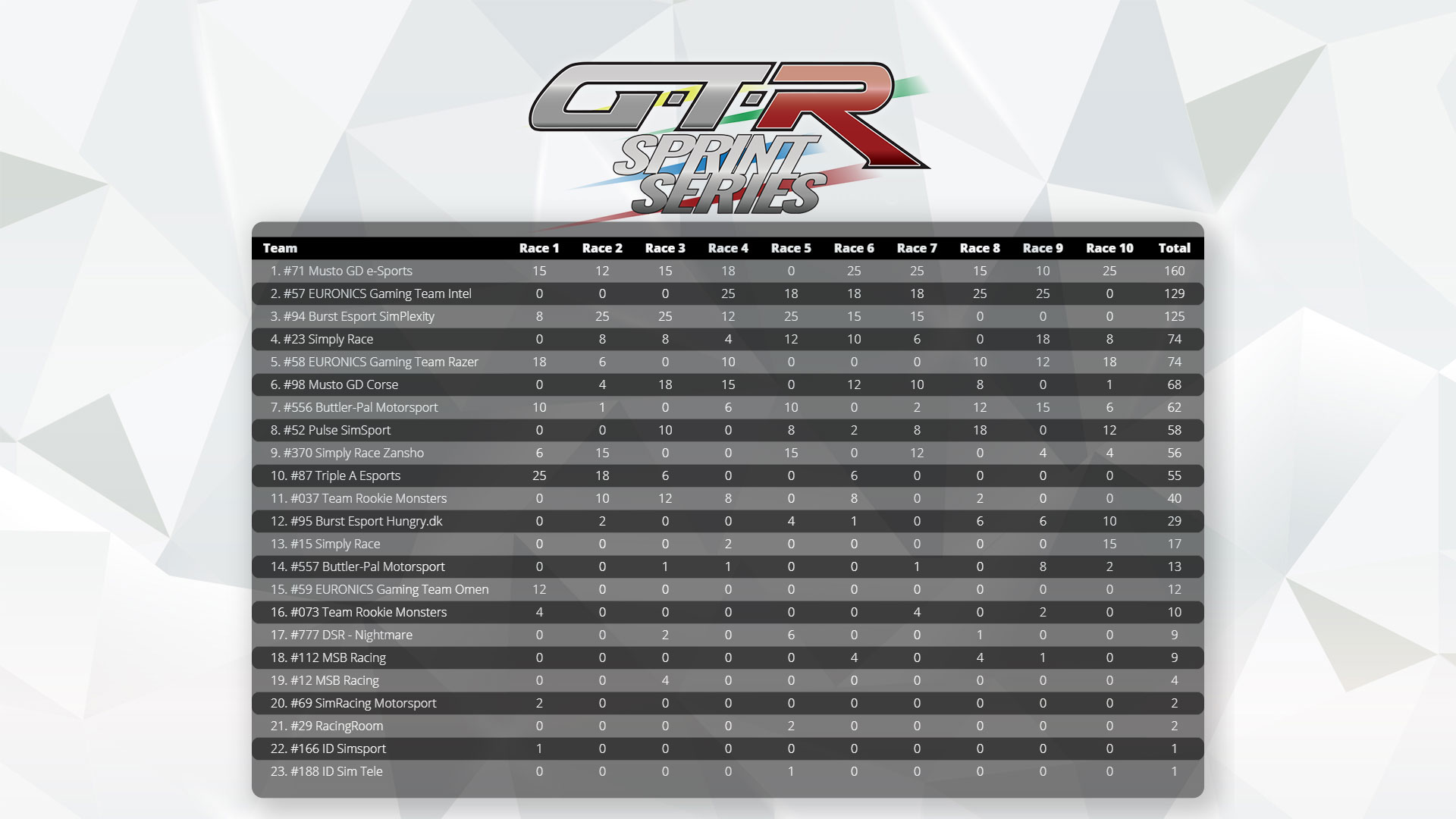