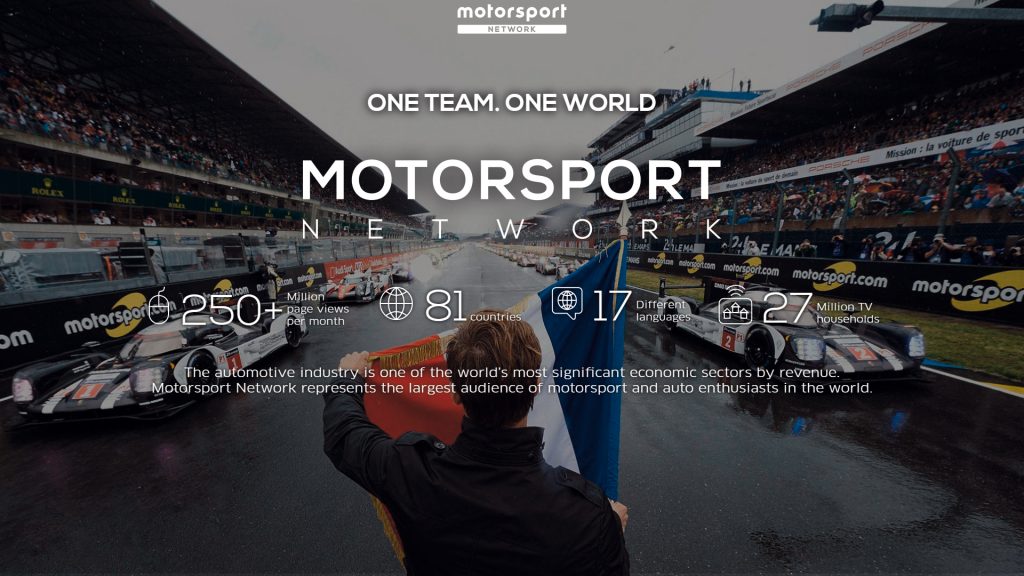 The planned collaboration will also deliver new streams of news and features focused on the Endurance eRacing World Championship and its participating teams, previewing races and providing all of the analysis and debrief stories after each round.

Motorsport Network speaks in 17 languages across its various automotive and motorsport websites which include Motor1.com, InsideEVs.com, AutoClassics.com, FerrariChat.com, RideApart.com, MotorGT.com and Autosport.com and Motorsport.com. The digital-first organisation also reaches 27 million TV households and has an extensive OTT audience courtesy of Motorsport.tv.

Motorsport.tv broadcasts a wide range of two and four wheel motorsport series from WEC to WRC and from Formula E to World Rallycross, as well as having extensive rights to current and archive GT racing, including the entire video history of Le Mans and will, with the announcement of this agreement, include a livestream of the GTR24h series.

This is a giant step forward to share our series with millions of race fans around the world. The potential reach from partnering with Motorsport Network is truly astonishing and we could not achieve this level of connection with fans with any other partner.

With today’s agreement, our live stream could potentially reach more than 250.000.000 viewers. This will have significant value for the partnership deals that we can now offer and will propel us into the super league of eSports