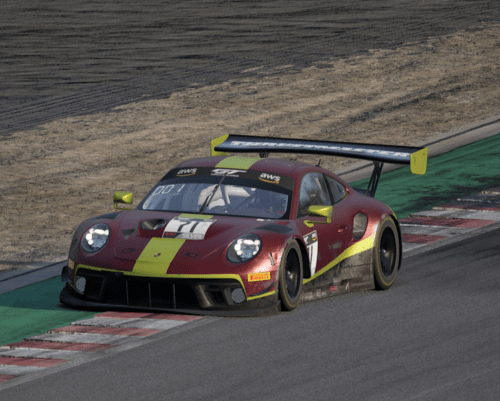 It’s been nearly a week since Musto GD eSports took a thrilling championship victory in the GTR24H Sprint Series with their #71 car. Thanks to the precision driving of Tiziano Brioni, Pierluca Amato, and the occasional help from Manuel Biancolilla, they were able to take a comfortable championship win by 56 points. Euronics Gaming Team Intel, our runners-up in the #57 car, unfortunately missed a few rounds which flatters the winning margin slightly, but the Italians were more than deserving of their crown. So where was the turning point in their season?

A steady start to the year

Musto GD eSports didn’t have a flying start to the season. Nor were they immediately considered as real title threats, but they steadily and consistently racked up points. In fact, calling it a steady start would be harsh on Brioni and Amato, the pair scored 3 podiums in the first 4 races. The only reason this achievement was understated was because the Burst Esport SimPlexity team stole the show, overshadowing every car in the field! After an uncharacteristic off-day in Spa, the Burst squad roared to victory in the next 2 races, using strategy at Brands Hatch to outfox the Porsches, and staying out of trouble in Zolder to cruise home for victory.

This was a big show of intent by the Danish team, who only managed to gain 10 points on Musto in the first third of the season, thanks in part to that poor showing at Spa. While this battle raged on, Euronics gaming Team Intel were on the side-lines. After struggling with driver change issues at Round 1, they opted out of the next couple of races, returning to race at the Hungaroring. The time off clearly helped them, as they stormed to victory after a hard fought battle with the Musto GD eSports car. Euronics Gaming team Intel were well adrift in the championship, but they were back in the fight with an awful lot of work to do.

Heartbreak, but back with a vengeance

At Bathurst, Musto suffered heartbreak. Pierluca Amato suffered in particular, on the receiving end of Johannes Weiss’ Honda NSX GT3. Going into the final corner, the German attempted a cutback manoeuvre on Amato, the race-leader at the time, but unfortunately he clipped the back of the Mercedes and sent it into a spin. The Musto pair were forced to retire from the race, and with their main rivals finishing first and second respectively, it looked as if Musto’s championship charge was over.

However, at the very next race, Musto stamped a mark of authority over the rest of the field, proving that you never say never in this sport, and you never give up. The Italian pair had a faultless race at Suzuka, capitalising on mistakes made by Euronics gaming Team Intel in particular.

At Suzuka, Tim Jarschel made a mistake in Degner 2, causing contact between himself and Tiziano Brioni, who started the race for Musto. Euronics gaming Team Intel were given a drive-through penalty for their actions, and couldn’t recover from it before the chequered flag. Without the penalty, we would have been set for a race-long fight between the two cars, but Musto walked away with the win, and new-found motivation for the second half of the season.

Two weeks later, an almost identical situation presented itself at Laguna Seca, Euronics gaming team intel receiving an easily avoidable penalty and losing the race by 12 seconds to the Musto #71 crew. Meanwhile, Burst eSports were starting to lose their spark from the start of the season, with two 3rd places in two races for them.

The two races of Kyalami and Silverstone were the real turning points in the championship. For Burst eSports, it was the start of a 5-race pointless streak. Personal issues forced them to miss the Kyalami round, and on their return at the Nürburgring, poor strategy calls combined with getting caught up in incidents left them with a points-less finish. To top it off, connection issues at Silverstone put their championship aspirations to bed, and it looked like the Burst brilliance we’re so accustomed to might have been fading.

In the Euronics camp, things finally began to go their way in South Africa. They romped home to a commanding victory, while Musto were left to snatch 3rd place away from Buttler-Pal Motorsport in the dying moments of the race. The German team also put in a fantastic performance at home at the Nürburgring, winning their second race in a row. Further down the order, Musto had a terrible day, making a mistake with their strategy which meant they had to make an extra pit-stop, and then getting caught up in countless incidents. Come the chequered flag, they had dropped 15 points to their championship rivals and their lead was down to just 6 points.

With Burst Esports still in the fight, Silverstone was set to be sensational. Unfortunately, the drama started early for the #94 Burst crew, with connection issues forcing them out of the race, without return. After a high stakes fight in the first stint, Musto and Euronics came into the pit-stops knowing that the championship was on the line, and any mistake would be catastrophic. For the Euronics team, that’s exactly what happened. Issues for Tim Jarschel during their pit-stop left the #57 team with no choice but to retire, giving the Musto #71 car an unchallenged run to the flag to clinch the championship.

With the championship pressure off of their shoulders, Musto GD eSports were able to finish the season in style with a win at Monza, cementing their position as champions.

Simply Race Zansho chased them all the way to the flag, almost stealing the win in the dying moments of the race, but just came up short, crossing the line wishing for just one more lap!

Congratulations to everyone on a brilliant season, from the entire team at GTR24H. Our special congratulations to Tiziano Brioni, Pierluca Amato, Manuel Biancolilla, Musto GD eSports and everyone behind the scenes for this championship win, and we look forward to their title defence next season. 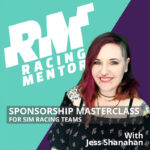