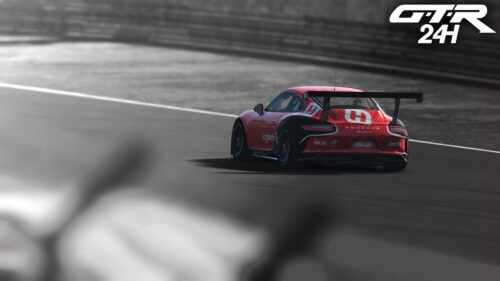 HM Engineering to take on the GTR24h Nurburgring!

The Indonesian based simulator design company and esports team will be taking part in this weekend’s 24-hour race at the Nurburgring, fielding a team in the SP9 (McLaren 720s) and SP7 (Porsche Cup).

With only becoming a proper eSports team this year and making waves in the pinnacle of iRacing and rFactor 2 leagues in the first half of 2020, HM Engineering will look to continue there ways of big events this weekend.

The driver lineups both having plenty of experience running the Nurburgring 24h layout, with rF2 GT Pro driver Peyo Peev heading the Porsche Cup team alongside iRacing experts Jordan Weekes and Norbert Leitner, with Ferris Stanley coming in for a one-off drive with the team bringing his tintop expertise.

Harris Muhammad (owner of HME) will be driving alongside countrymen Rifqy Afiyat, both done plenty of laps around this place, with veteran Rudy Cuppen joining the Indonesians in the Mclaren 720s who has shown his talent in many series and leagues around the world with these cars.

You can be apart of HM Engineering’s journey below, with plenty of social media activity!