The qualifying session at Laguna Seca saw the 16-year-old German phenomenon Tim Jarschel from the #57 EURONICS Gaming Team Intel being dethroned by Pierluca Amato from the #71 Musto GD e-Sports taking pole position. Tim Jarschel and Marko Pejic actually did completely identical times down to the thousands of a second for P2 and P3. Eight cars inside a second on the pole-sitting car, even though Pierluca Amato was more than half a second faster than his rivals.

The start of the race saw a lot of confusion on turn one when Michael O’Brien from the #15 Simply Race Zansho was tagged and turned around.  Championship leader #94 Burst Esport SimPlexity started fifth but jumped to third after the first corner. They would take the third place home to the finish line.

As we already know from the post-race interviews, Pierluca and Tiziano took full advantage of the pole position and left the track with another first-place finish under their belt and a reduced championship lead for Burst Esport SimPlexity. The difference is now down to 15 points. And a real fight for the championship is now developing with 5 rounds to go.

Triple A Esports was again nowhere to be seen. The series perhaps proving to be too tough for the initial early championship leaders and race winners? They will now find themselves struggling to catch up with the #57 EURONICS Gaming Team Intel car for the final podium step of the championship.

We will see how the championship develops as we head to Kyalami in South Africa on the 5th of August at 19.30 CEST. 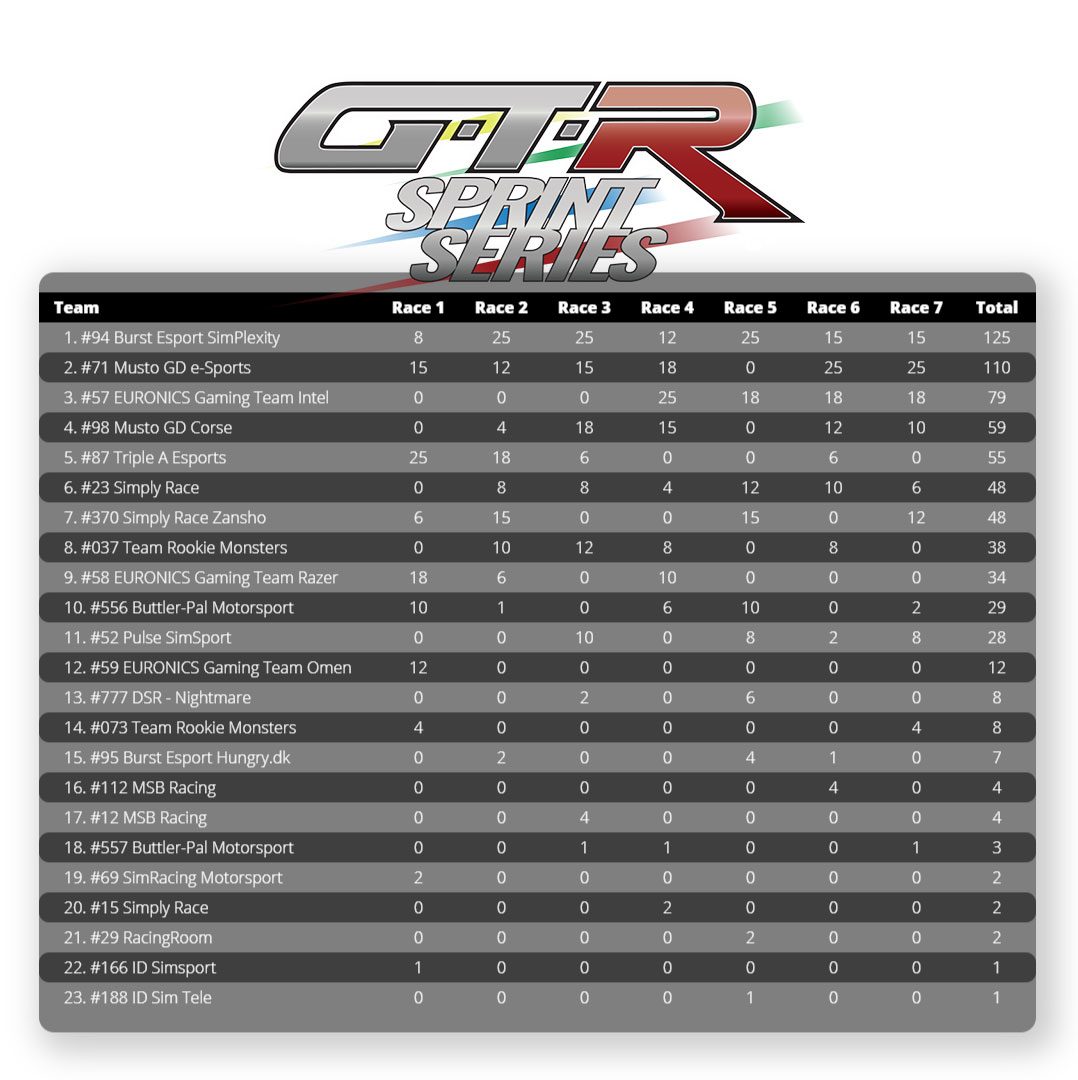