Bathurst was indeed as dangerous and exciting, as everyone both hoped and dreaded. And the race hit the No. 71 Musto GD e-Sports crew the hardest as they had to travel the long way home to Italy with a points-tally of zero. This now leaves Burst Esport SimPlexity in the lead with 35 points going into tonight’s race at Suzuka.

But that is not the entire picture of the series, as there is a fierce fight for both second and third place. For second place 6 teams are within one win and for third place, 8 teams are just one win away from claiming the last podium step.

After tonight’s race, the series will have reached halfway point. That means in another six races all the positions could potentially still be reversed. 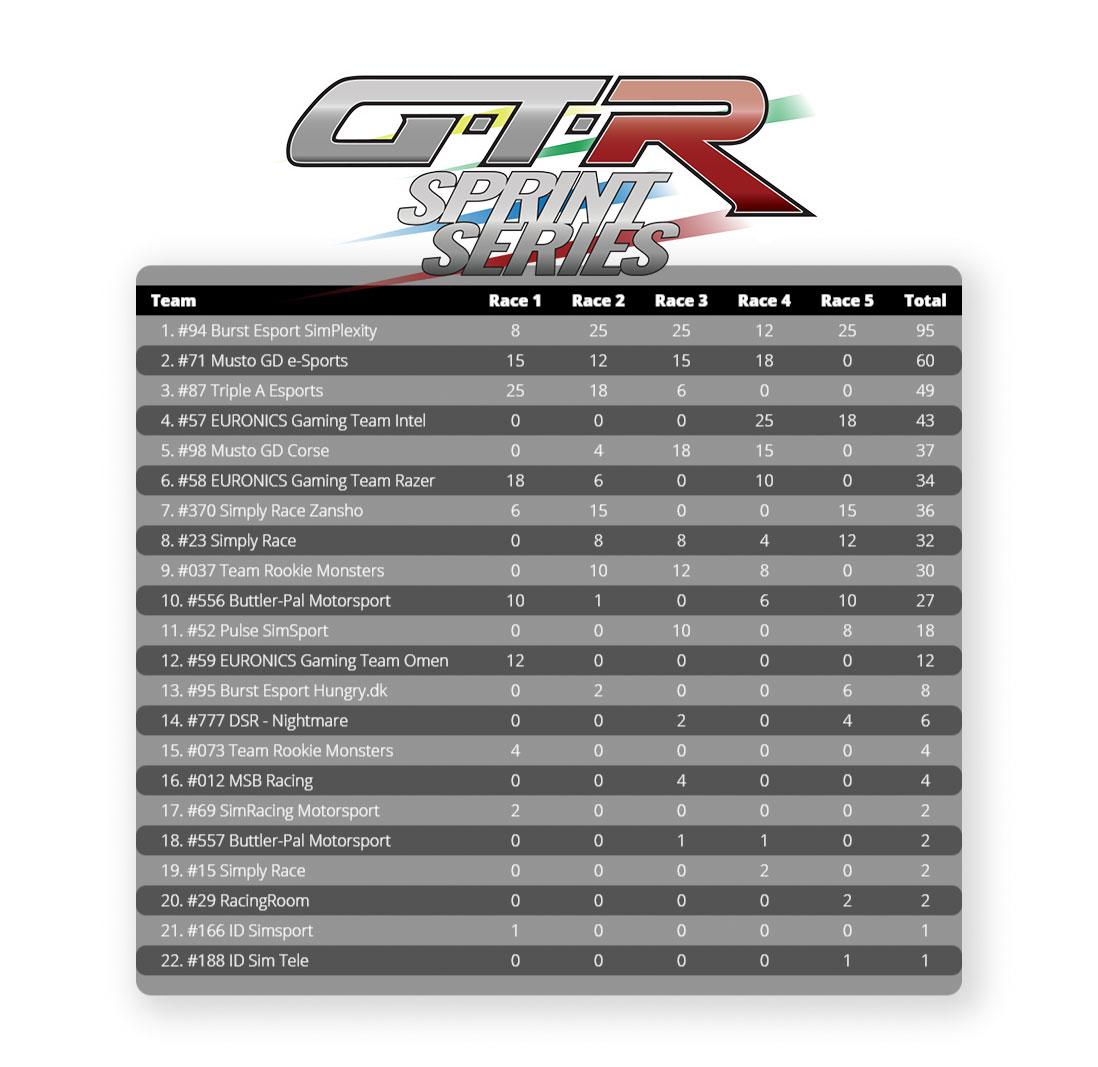