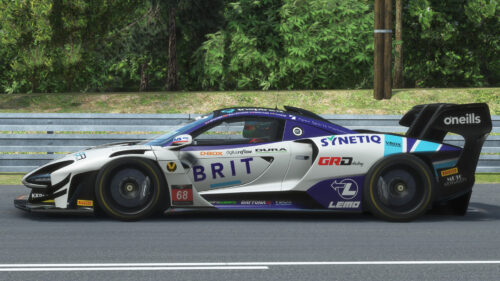 British eSports team eTeam BRIT will make their long-awaited GTR24h début in the Hypercar class in the forthcoming EEWC 24 Hours of Le Mans between October 22nd and 25th. Based out of Dunsfold, as the eSports arm of inspirational racing outfit Team BRIT, the #68 McLaren Senna will be piloted by a crew that has a welcome mixture of both real-life and sim racing experience.

They will be led by Team Manager Max Spooner who is one of the four drivers in the team that have taken the plunge in the Hypercar class, with the team also having made a three-year commitment to compete in the EEWC from 2021 onwards. He will be joined by Andy Tucker Racing – Team BRIT, Sandro#19 and Bradley Brockies in the full line-up, who are looking forward to the challenge of racing at Circuit de la Sarthe next week.

This is a circuit that they all have had the experience of racing at in other series, including the GT Challenge that the team run themselves, which is now about to embark on its second season in mid-November. Along with this, the potential of being showcased to a potential reach over around 300 million people globally via the respective eSports networks and on Amazon Prime, is something that clearly attracted the team to enter.

“I’m super excited to be taking our team into what will probably be our biggest event to date,” admitted Spooner, who took over as Team Manager back in April of this year, having originally joined the team last Summer as a driver.

“Considering where some of our drivers started, we have now got to the point where we will be competing against the best in endurance racing.

“This is something rather special and where we will all be racing, proud of the fact we are able to do so, despite our disabilities.” 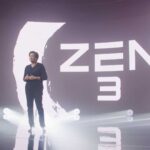 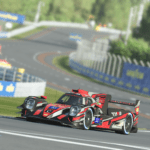