Championship Standings After 12-Hours Of Sebring 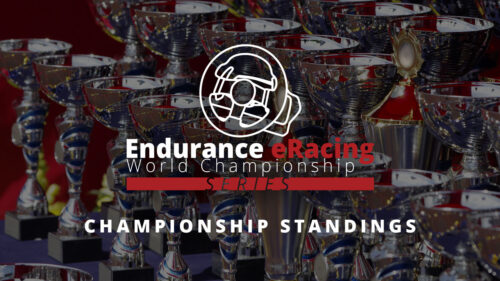 Since there were no Hypercar Class vehicles present in the race ID Simsport no. 199 took the overall win in the LMP2 class. Here are the results and championship standings after 12-Hours of Sebring. Due to the Team Rookie Monsters LMP2 car taking pole position but not completing the race ID Simsport starts the Championship with a 7 point lead.

In GTE Musto GD e-Sport cleaned the table taking both pole position and finishing the race as class winner. They now lead the GTE class with 8 points to Simply Race in second and 11 points to CAMsport in third.

The grass-roots GT-Rookie class for beginners and hobbyists was only settled in the very last laps of the race and saw last years debutants from DIS SR Lab win the class ahead of the Prosim no. 007. Team Rookie Monsters no. 999 took third in class. This sets up DIS SR LAB with a 7 point lead over Prosim and 10 point lead over Team Rookie Monsters.

There is still room for 29 more cars in the championship season and with a remaining maximum of 108 points left in each class of the championship, the season is still wide open for newcomers to join us before the next race at the Nürburgring GP track on June 20th.