The official Formula one license has been in the hands of Codemasters since 2008, and the Southam based company has been releasing annual F1 games ever since. Almost every racing game outside of the F1 franchise has its version of the current model of Formula one machinery, such as the Formula A for Project CARS, and Formula Ultimate for Automobilsta. The creative minds behind Virtual Racing Cars have developed a car for Assetto Corsa, which they call the Formula Alpha 2022.

The current breed of F1 cars uses a Mercedes, Ferrari, Renault or Red-Bull / Honda based power unit, a 1.6 litre, turbocharged V6 engine, and kinetic and heat energy recovery systems culminating in producing about 1000 horsepower. Also reintroduced to F1 cars this year is ground effects, which is utilising the underside of the car for aerodynamic gain. Without going into the wizarding world of racing car design, ground effects is a way of creating downforce without creating as much drag as wings create. The rules surrounding Formula one car design were changed for the 1983 season, which made ground effects impossible to implement, but for the first time in 40 years, ground effects are now allowed, due to the safety improvements around the rest of the car design in that time.

AC has been a very popular online racing game since its release in December of 2014, and though developer Kunos Simulazioni has released a steady stream of updates to the game over the years, the game has been mainly kept alive by the modding community, creating a wide range of cars and tracks to enjoy in AC. The team at Virtual Racing Cars have managed to recreate the speed and sounds of the modern-day Formula One car, the distinctive roar of the V6 1.6 litre engine, the detail in the cockpit, even down to the “porpoising” effect of the aerodynamics and suspension.

VRC recently released a YouTube video showing their new toy in action and is available on their website for $4.29+. 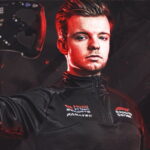 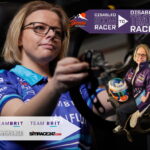 From the sim to the seat – Yvonne Houffelaar
PREVIOUS