The Virtual GP circus heads to the home of Red Bull racing, the Spielberg circuit in Austria, for round four of the 2022 campaign. Following the race at Hungaroring last time out, ESET’s Martin Štefanko took the win after an incredible race-long battle with the 2021 championship runner-up, ERT Racing Team’s Lukas Přáda. The Williams Esports driver returned to the VGP championship this year, having pursued other sim-racing opportunities, including becoming the RCCO World eX Champion. This year has had three different winners from the first three rounds so far, with Přáda claiming the opening round win at Imola and a storming win for Lenovo Legions Martin Nejedlík at Daytona. With 67 points, Přáda holds a narrow lead of just seven points over Štefanko, with the second of the Přáda brothers David in third on 45 points, two points ahead of the current champion Lukas Podstata.

The last time VGP visited the Styrian hills was in 2019, Michal Šmídl started on pole alongside Štefanko. The four-time VGP champion put on yet another of his peerless performances, but Štefanko had no such luck as he had to fend off a determined challenge from Andrej Chlebec, both swapping second position several times throughout the race, but as was a common theme in the 2019 season, Šmídl would not be stopped from taking another win. All wins bar one belonged to Šmídl (Štefanko being the victor on the one occasion Šmídl was denied the win).

Last time, it was Šmídl versus Štefanko. Last year, it was Podstata versus Přáda, and so far this year has painted a very different picture for the championship so far. Will Přáda return to the prime position on the podium? Can Štefanko stay on top in Styria? Perhaps Nejedlík can rediscover his Daytona winning ways, or Podstata find his championship-winning form?

There is only one way to find out. Tune in here for the English coverage. 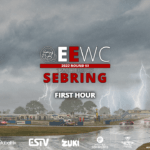 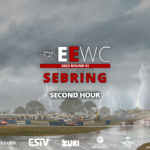