VCOs Esports Racing League begins its summer calendar tonight with the opening round of the ERL Summer Cup. New teams and new cars have been introduced since the Spring cup concluded, so let’s have a look at what’s new for the VCO ERL Summer Cup.

Toyota’s latest British Touring Car Championship entrant will be seen in rFactor 2 is the Toyota Corolla GR. Seen in the hands of Rory Butcher and Ricky Collard for Toyota GAZOO Racing UK, the 2.0-litre turbocharged engine can kick out 370 horsepower, along with an additional electric motor for an additional 40 horsepower boost when needed.

The latest iteration from Porsche of the 911 GT3 cup car, the 992 chassis variant is used in the Porsche Supercup and will be driven in Assetto Corse Competizione, 510 horsepower of precision German engineering are ready to gallop.

The iRacing outing comes in the form of the Dallara IR18 Indy car. Dallara has been the supplier of Indy car chassis since 1997, and the latest version, paired with a 700-horsepower turbocharged V6 power plant, the ferocious (if fragile) Italian stallion will take quite some taming.

And now the new team’s.

The Spanish squad have expertise in iRacing and ACC amongst others, they were SCO 2020 finalists, and recently Alberto Garcia qualified the team in the Coach Dave Academy time attack series.

The Simracing arm of Cowana Gaming, who themselves are supported by Cowana Marketing, the German powerhouse has some very impressive commercial partners, the team is led by none other than Danny Giusa, having had success in sim and real-world racing, from karting championships to the Nissan GT Academy, as well as Virtual Le Mans.

The support team for Romain Grosjean’s R8G outfit, the academy team has recently had success in SRO from Luke Whitehead, winning the Fanatec GT World Challenge America event at Zolder earlier this year, and Chris Harteveld taking the Silver class win in the same event. Luke in particular has had success in various sims in recent times.

New names, with new equipment, ready to do battle with the established names. There is only one place to see the action, and that is the VCO esports Twitch channel

The Global Championship enters its penultimate round 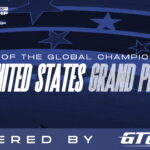 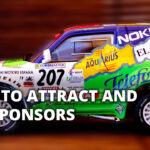 How to attract and get sponsors, Part 1
PREVIOUS

The Global Championship enters its penultimate round

How to attract and get sponsors, Part 1