The next commentator in this series is a young man we at GTR24H have enjoyed the company of behind our own commentary desk. Kieran McGinley has proven himself as a highly knowledgeable, enthusiastic and adaptable commentator in any series he puts his voice to. Well established in the Formula 1 league racing scene, Kieran has become one of the voices of the F1 Challenger Series, the qualifying route for up and coming F1 esports stars, and is a regular member of trackside commentary teams for MSV and various UK racing clubs, working with a wide variety of trackside commentators, such as Harry Benjamin in the Ferrari Challenge UK series.

How did your commentary journey begin?

My journey began in my third year of university. Having just finished up a seminar in commentating, my lecturer approached me and asked if I considered it a career path. That evening, I looked up leagues for F1 2017 that needed a commentator and did my first race in November 2017.

How did this translate to the real commentary box?

I basically became a nuisance with emails! I dropped a few outlets an email with an early showreel, and it ended up sealing a couple of contacts which I still have today. The ball started rolling and at the end of 2019, I stepped into the commentary box with Chris Dawes at Snetterton to cover the final round of GT Cup. Snetterton, for that reason, will always have a special place in my heart. I thought to myself that 2020 would be the break-out year, but something else decided to break out instead. Whilst that happened, simracing was all the real-world pros were able to do, and simracing’s popularity exploded as a result. Because of that, there’s even more reason to add esports clips to a showreel!

As crazy as it sounds, I would love to be a commentator in Formula 1, but if I have the opportunity to be the lead commentator for a top-level sport, that would be my dream. If I can make it, I’ll have secured my dream job, but right now, I’m enjoying myself. I get to travel around the UK to visit and shout in a box at different circuits, I have been in commentary for F1 Esports Challengers for the last two years. I do have to take a step back sometimes and realise how far I’ve journeyed in the last five years. I get to watch and commentate over a vast variety of machinery (virtually and physically) and it’s something I would have never imagined when I was in my uni flat five years ago.

Kieran is an incredible addition to any commentary lineup. We at GTR24H have enjoyed Kieran’s work many times, and I can personally say that he is a joy to work with. We very much look forward to seeing Kieran’s career progress. 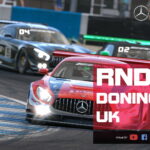 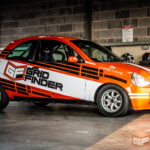