Danish Sim Razers (DSR) has had an increasing influence on the diverse Danish sim racing community during the last 5 years. Originally created as a Facebook group by Steven Salsgaard and Jesper Wium Hansen, the basic idea was to gather people to race against in the original Project Cars game using the Playstation 4 console. Since then, the group has reached 1000 members and continues to increase, and it has also diversified its interest into every major racing sim on both PS4 and PC and to a lesser extent the Xbox console as well.

As time went by, the focus of DSR has changed from being a place to organize racing series in pCars into general support and discussion forum for all, and have also become the spawning ground of several strong e-sport teams now competing in Project Cars 2, rFactor 2 and iRacing. Back in 2018, just after the conclusion of the EEWC 2018 event in Middelfart, Denmark, Steven Salsgaard saw the need to gather like-minded and keen racers for an official team of DSR. Many of the groups’ best racers had already formed into private teams, some of them even aspiring to become fulltime professionals. Thus, the ambition of any DSR affiliated team was to be comprised of amateurs only, competing for the sake of fun and to further the knowledge and recognition of DSR itself.

During the early months of 2019, the official team of DSR was created. It was made up of sim-racers of a wide variety of skills and divided into two distinct sub-teams: The Nightmare car #777 and the Dream Team car #766. The Nightmare car was to be the podium aspiring team with the best drivers and the Dream Team car was to be the Gentlemen car with less skilled drivers who were just in it for the experience and the fun of it. Both cars would be competing in the GT3 class for amateurs.

Back in December 2019, our eyes were now set on the upcoming rFactor2-based season leading up to the finale in Viborg, October 2020. The many changes made to the premises of the season; e.g., the change of platform from rFactor2 into iRacing – and eventually back into rFactor2, led to a lot of confusion and a huge amount of frustration in the participating members of car #777 and #766. Even so, we decided to support the changes made by GTR24h and were one of the first to admit car #777 – driven by Steven Salsgaard and Karl Lykkegaard Jensen – into the new Assetto Corza Competizione series when this exciting new addition to the racing calendar of GTR24h organized racing were announced. Soon after that, car #766 – driven by Allan Hansen and Mathias Højgaard Blöhme – also entered into the new ACC series.

Unfortunately, our ambitions for the EEWC series haven’t been met yet, as the results of the Nightmare car shows: A P4 was achieved at the 2020 GTR24h Sebring race after starting at P6. The Dream Team car started at P9 and finished at P6. In the 2019 Viborg edition of EEWC, car #777 finished at P4, and car #766 finished at P7. No other races this year have yielded a better result. We hope to change that, of course.

The Nightmare driver’s goals for 2020 are to have a podium finish in the EEWC series and at the final race at Viborg. The guys in the Dream Team car just hope to make a good show of themselves and to be able to contribute to the general quality of the races. Our ambitions for the participation of the Nightmare car in the ACC series are a little more subdued, however, as there is a lot of tough competition to be met. Here, we aim to finish in the Top 10 of the field in every race, to score points, even though we finished at P13 and P12 at the first two races, respectively.
We are all looking forward to the forthcoming races – both in rFactor2 and in ACC. It really seems as if the ACC is easier to use whereas rFactor2 still causes some recurrent frustration because of its UI shortcomings. But both sims are great to drive and we are all looking forward to seeing you all on the track. Cheers. 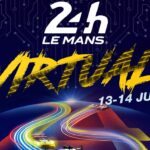