Tonight at 21.00 CET we kick the Sprint Series Season II into high gear. We will be visiting Circuit Zolder in Belgium. A tight and twisty circuit that doesn’t exactly lend itself to high downforce GT3 racing with its chicanes and hairpin turns. But weirdly enough it produced some amazing racing when we last visited in 2020.

Constructed in 1963, which is actually quite recent when compared to a lot of the other tracks in the series. Most of them trace their origin back to the first half of the last century. Despite being a narrow and twisty track, it did actually host the Belgian F1 Grand Prix on ten occasions. And that stretch of races actually only ended on the sombre tone of a dramatic crash killing the Canadian F1 Champion Gilles Villeneuve, after which the Belgian Grand Prix was moved to 1983.

Surprisingly the layout hasn’t changed much since 1963 and only a couple of chicanes have been added since. The majority of safety improvements have come in the form of run-off areas and improved safety barriers. And some regular tuning of the chicane layouts.

Did you know the track is also known as Circuit Terlamen?

19 entries are signed up for the season so far, and following the unlucky skin issues in the lats race, Zolder will be the first round of the season. That means 5 entries are still open, and if you are a race driver and want to compete in the rest of the season, you can still make it from the next round at Kyalami on January 13th.

We recon the favourite for tonight’s race would be George Boothby, and the drive for the win would be between him, Pierluca Amato and Amir Hosseini. But you will have to tune in at 21.00 to relieve your curiosity on that subject.

Race start at approximately 21.35 CET. And the race is two hours.

Team Renegade begins its adventure in the Sprint Series by GTR24H 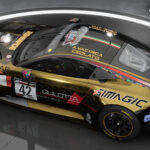 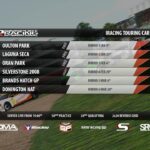 Team Renegade begins its adventure in the Sprint Series by GTR24H