It’s been a phenomenal Sprint Series season. Three different teams have leed the championship at one point or another in the hunt for the 1,500 € grand prize. If there is one thing to be a little sad about it’s that the championship is already settled before the last race. For the season podium, the last race will be a fight between Burst Esport Simplexity and Euronics Gaming Team Intel. Four points separate second from third. If one of the teams end up on the podium and the other doesn’t, that is going to settle the result. If either team wins the race, they will end up in second place. And here comes the kicker: If Burst Esport Simplexity takes second and Euronics Gaming Team Intel finish third, there will be a tie on point. With the same number of wins, three, it comes down to the most second-place finishes. Burst will only have one and Euronics will have three.

Further down there is still all to race form. The win at Misano suddenly propelled the #23 Simply Race crew to the top of the fight for fourth. This fight is now with the Euronics sister car, the #58 crew and the boys from Milton Keynes at the Simply Race headquarters. By the way, if you are from the UK and feel like trying out a bit of racing simulator action, swing by their fantastic facilities (https://www.simplyrace.co.uk/contact-us)

The finale race is on Wednesday the 30th of September. And we will go live with a bit of pre-race warmup chit-chat from 19.00 CEST. You can catch the show on Roku, Amazon Fire, Facebook, YouTube and Twitch. And you may catch up on all races of the season incl. highlights videos in our YouTube playlists or here at the front page of our website.

Subscribe to our newsletter and stay tuned for more news on Sprint Series Season 2. 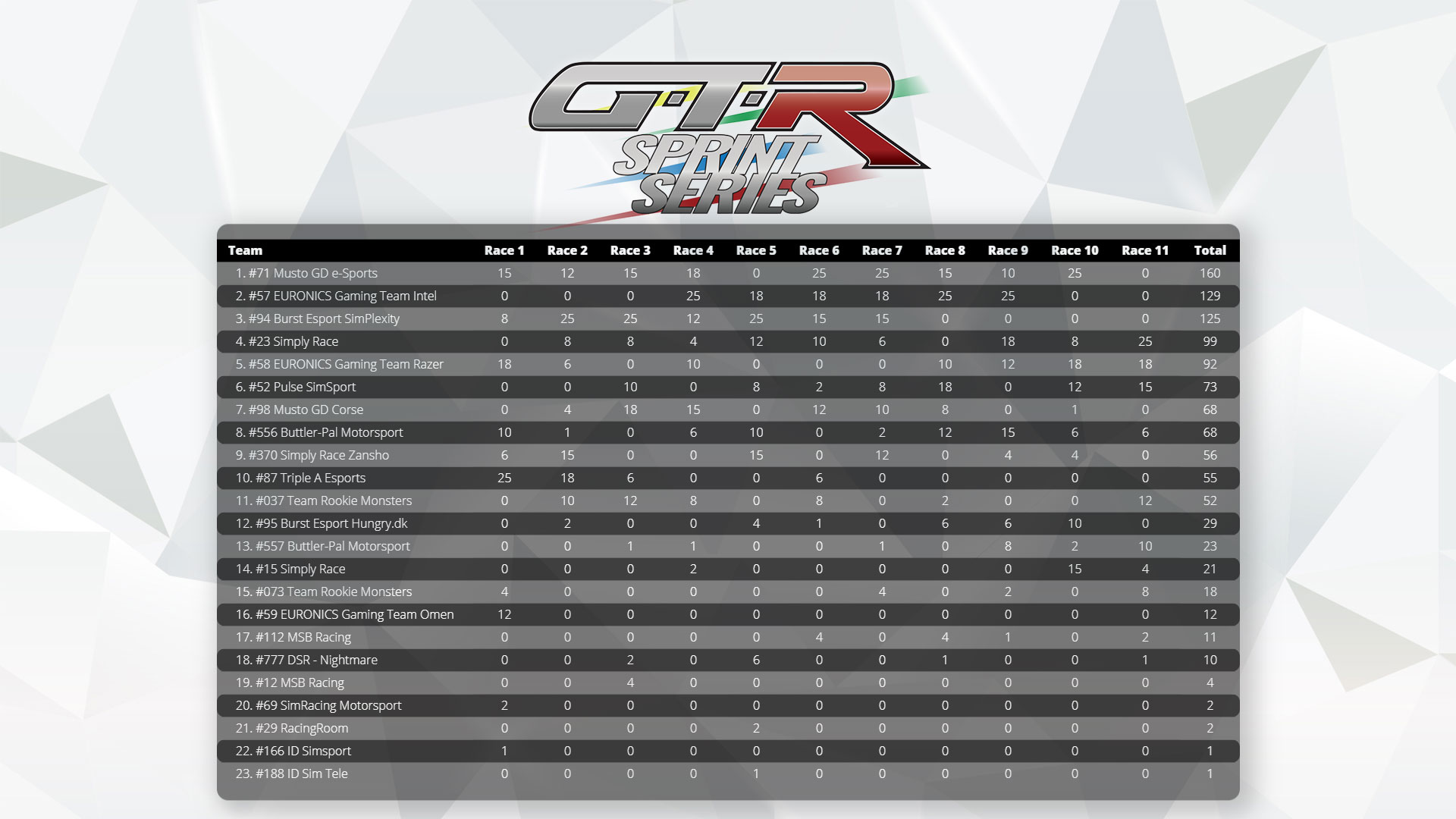 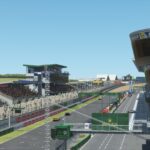 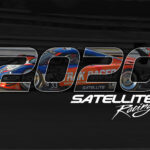 Satellite Finalise Their line-ups for the GTR24H 24 Hours of Le Mans.
PREVIOUS