SimSport Racing International’s GT4 season continues its European travels to Italy, as round three will be hosted at the Misano World Circuit Marco Simoncelli. Renamed in 2012 after the local MotoGP racer, the 4.6km circuit is also the host of the San Marino Motorcycle Grand Prix, and is a regular haunt for various GT and single-seater categories.

Lewis Dykes currently leads the Pro category in the McLaren 570S on 100 points, following on from a win at Kyalami and second at Nurburgring, with GT veteran Kieran Vidago also in the McLaren 570S. Vidago has 80 points and a pair of third places in the championship to his name so far. Aaron Martin-Pilkington is in third on 65 points in the lead Audi R8 LMS, with Nürburgring winner Will Dendy hot on his heels with 59 points.

Bas van Melis is at the top of the Am category in the Porsche 718 Cayman on 95 points in class with second at Kyalami and the class win at Nurburgring. Thomas van Schaik lies second in the Audi R8 LMS on 80 points, having chased van Melis home last time out in the Audis native Germany, whilst Dennis Werkman is in the leading Mercedes AMG with a class win from Kyalami, currently third with 66 points.

A double header awaits in the scenic surrounds of Misano, with all the action available on the SimSport Racing International YouTube stream.

Behind the scenes – a GTR24H studio tour 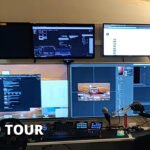 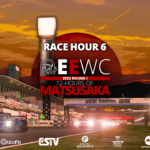 Behind the scenes – a GTR24H studio tour