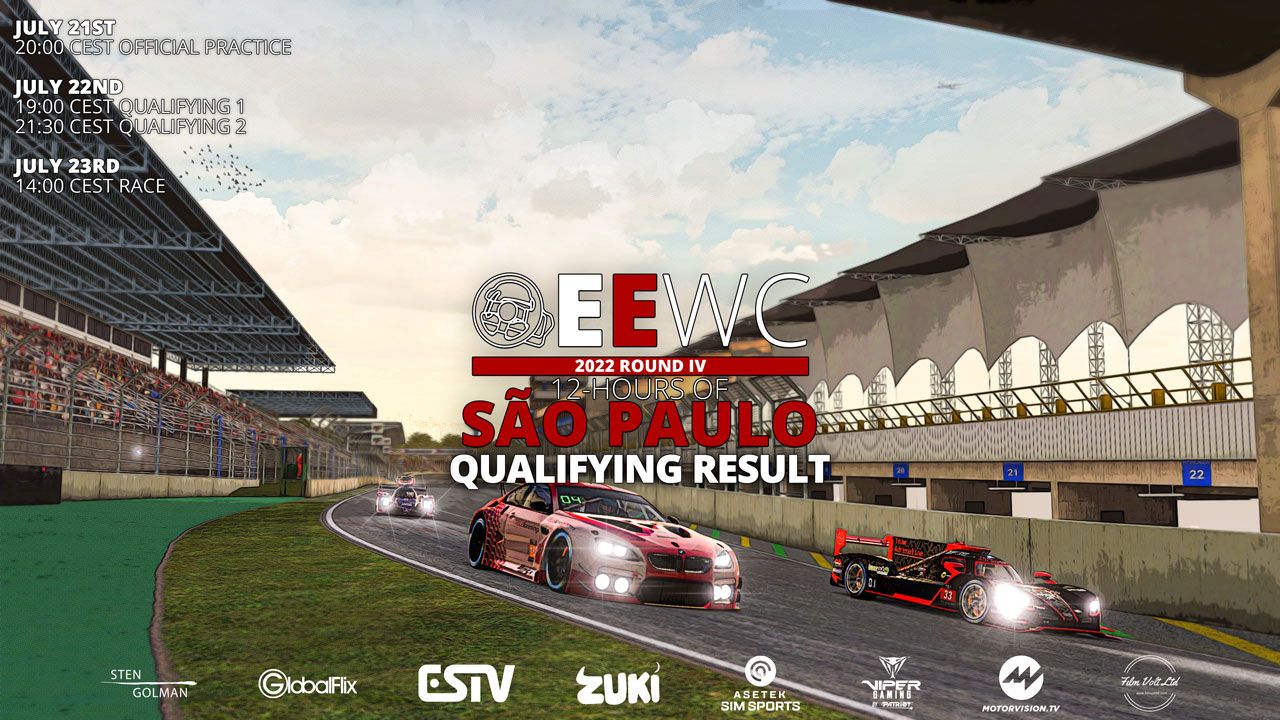 Qualifying proved to be a frantic affair. And especially for the GTE and GT3 cars, the pole position was hotly contested. On several occasions in both Q1 and Q2, the DIS SR Lab Porsche set the fastest lap, only to be outdone by other cars. In Q2 the #74 Deuces Motorsport Club Aston Martin stayed in the pit box until the very last twenty minutes of the session and then progressed to set the fastest time in the session. And although the #717 Unison Racing BMW demonstrated that they clearly had the pace to set a provisional Q2 pole, they didn’t get an entire lap strung together before the time ran out.

In GT3 Asetek Simsport made the fatal mistake of running out of fuel in Q1 and couldn’t make it back to pit lane. As a result, GlamRacing held the fastest Q1 GT3 time and was only beaten for overall pole position in the dying minutes of Q2.

LMP2 was never really in question, as every time the Deuces Motorsport Oreca 07 set a fast time, the Burst eSport car responded quickly and set a new fastest time. For DPi it is a clear pole position for the #18 Burst eSports Cadillac as Unison Racing apparently struggled with a loose rear end and lack of grip for both sessions. 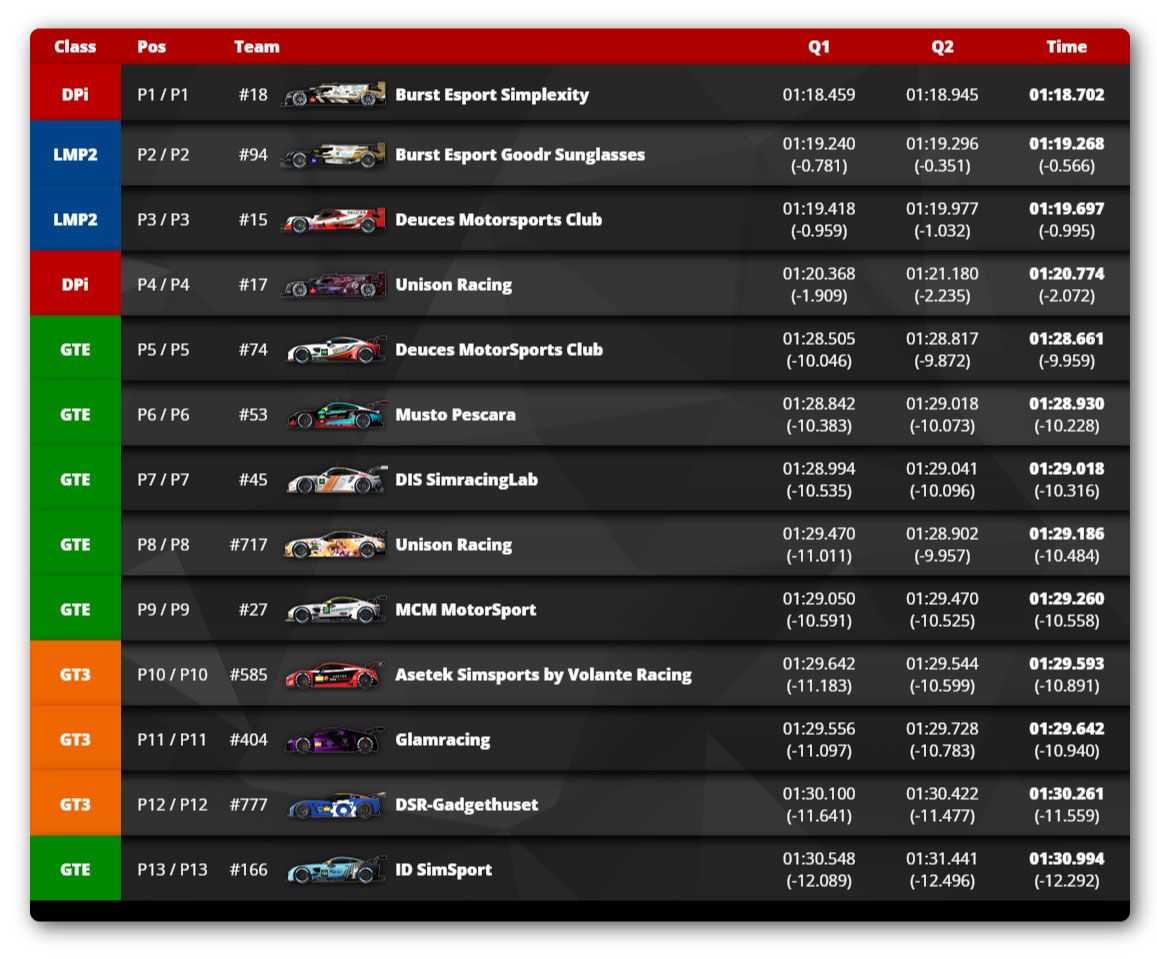 Onwards to the race, where the field will include the Championship leading  SEM9 Axle LMP2 car as well. So excitement is guaranteed for the full twelve hours.

The race starts at 14.00 CEST and the prerace show will start broadcasting at 13.30 CEST. 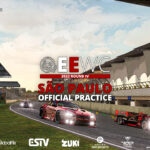 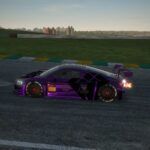 GlamRacings recap on the 12h of Interlagos
PREVIOUS

GlamRacings recap on the 12h of Interlagos