Racing in a league, whether it is large or small, takes time if you wish to do well.

It takes time to practice in order to improve your time, set up, race craft, or whatever else it is that is needed to move up the grid, let alone the time to actually race anybody, but what of those that are involved in running a league?

What’s required of the volunteers that give their time in order for racing fans to enjoy a competitive racing experience?

This is what Craig Pinchbeck, director of Invictus Racing League, has to say on the demands on his time developing IRL:

As IRL continues to grow, and through our attempts to bring more content and complexity to our community, the time involved in maintaining those levels can increase each season. To enable IRL to operate, undertaking significant weekly tasks, the time commitment has been at times significant. I’m sure many league owners feel this way.

Not many people realise or understand what it takes to run a league or simracing community; from creating a driver’s briefing prior to each race, engaging with and responding to drivers daily; following up steward findings and ensuring they are completed in a timely fashion, as well as amending league standings and creating engaging social media posts to the wider community, the time commitment can be enormous for one person.

I am lucky that I can rely on a dedicated team of staff at IRL who I trust and know will carry out their duties and responsibilities to a high standard. It’s an unfortunate reality in running a league that we have experienced a fair amount of staff turnaround due to the commitment required to continue to grow a community, particularly when it impacts personal lives outside simracing.

Connor “Big-C” McDonagh has a similar feeling about running Premier Sim Gaming League, one of the biggest in the Formula 1 league racing scene:

The demands of running a league like PSGL is similar to any full-time job, but you just don’t get too much money in return for your time or effort. The growth of PSGL has meant increased time doing tier placements (22 tiers currently), more time dealing with drivers and naturally, as we grow the criticism and hate also increases as well, particularly because we have the likes of Jarno Opmeer in the league.

As PSGL has continued to grow, my role has certainly changed as before I was heavily involved in the running of every tier, stewarding and everything day-to-day. I’ve managed to put together a fantastic management team with Louis Dupont (Criptoniite) running the league alongside me. Louis has taken a lot of responsibility and workload away from me particularly since I started my latest full-time job in journalism, while Jessica Ball has been important in improving the broadcast side of the league. The key to having a successful league like PSGL is strong leadership, good management and most importantly, teamwork.

We all do this for the passion and fun of it, rather than a financial gain. PSGL certainly combines all these aspects, particularly with Louis’ unrivalled work ethic. If you want to run a big league, be prepared to treat it as a job given the time that is required.

Ben “Rwaggy” McConnell explains that running a smaller league, especially alongside a successful streaming career as well as having time for his family, is no less taxing:

I’m very lucky because my job ties in perfectly with my hobby so I’m able to manage the community and still do my job at the same time. However, there’s no way at all the community, league and streams would run anywhere near as well as it does without my Admin team and a few volunteers. I have prided myself on my community and as a result of that people are very happy to help me out and so they are core reason everything runs as well as it does.

I have a 9 year old daughter who thinks I’m the coolest Dad in the world because of what I do so she’s very understanding when I can’t always go places and do things with her but I make sure that I dedicate time to her. My girlfriend is also incredibly supportive of my hobby and has many a time been there whilst I’m streaming/league racing/endurance racing etc. She’s awesome.

The time it takes to manage each aspect of the community and league and my job also is incredible, it’s not just hit go live and that’s it, there’s so much more to it, ESPECIALLY when someone in your community DM’s you with personal problems, I’m just hard coded to be there for them so sometimes it can take way more.

What can we learn from this? Running a league, big or small, takes time, commitment and teamwork, in order to provide racers with a place to compete.

It is often very much overlooked how many hours are put in by the various staff members at the various leagues that are out there, all for the love for sim racing.

We at GTR24H thank Chris, Connor and Ben for their comments, and we salute those that give up countless of their time, often thankless, to give the fresh faces and racing aces somewhere to do battle. 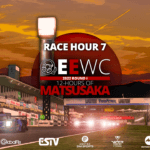 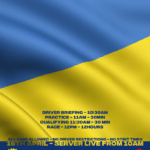