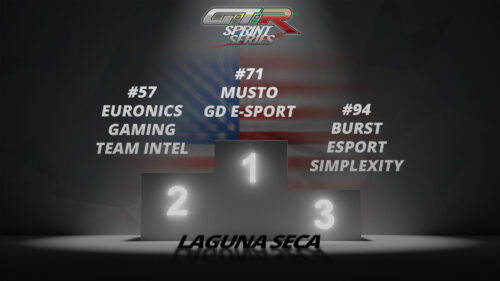 Round #7 of the GTR24H Sprint Series turned out to be two intense hours on the sunny Californian track filled with excitement, disappointment, and glory. And not the least important, a significant tightening of the championship as well.

But despite some technical issues with the live stream at the start of the race, it evolved into one of the most exciting races of the season. Qualifying was a close affair with 7 cars inside the first second. The #71 Musto GD e-Sport with Amato behind the wheel did out-qualify the rest of the field by 0.564 seconds.

Porsche 911s dominated qualifying and the beginning of the race with the top five being a complete Porsche lock-out and eight cars in the initial top 10 being 911s. It was, however, also nice to see some new cars on the grid as a few BMW’s joined the race for the first time this season.

The top five contenders battled fiercely and showed what they are made of. The race brought some close calls, a little bit of contact, a flip around, and the “Last minute brakes” on the track as well as a switch in leadership due to penalties. 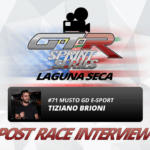