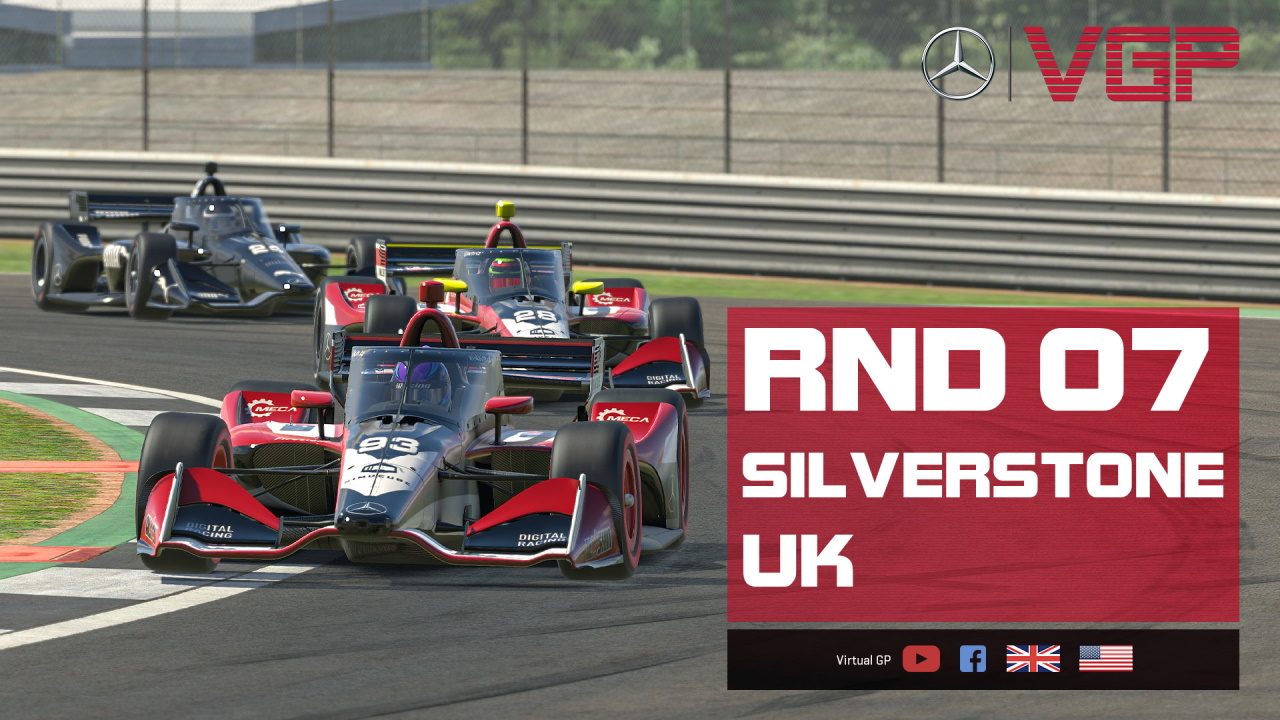 Virtual GP, the premier racing series from the Czech Republic, returned after the summer break for round seven of the 2022 season, the first race in the single-seaters, which for this season is the Dallara IR18. Over 700 German horses contained in the sleek Italian chassis at the driver’s disposal, this is a very different beast to tame than the old faithful AMG GT3 car, which had its sendoff at the previous round in Hockenheim. Along with the new car, six teams had seen driver changes during the summer break, a first in VGPs history to have such a substantial line-up change (click here for full details of who went where).

So on to Silverstone, and taking the pole was championship front runner Lukáš Přáda, and joining him on the front row is Entropiqs new signing Kadlečík, with Štefanko and Podstata in his new colours starting on the second row. A terrible start from Kadlečík saw him drop to fourth behind the fast starting Štefanko and Podstata, and disaster found both Big Shock cars, with Pavel Mareček getting spun at Village, which led to contact and broken suspension, and Tomáš Hora losing his rear wing, consigning both cars to the pits for the rest of the race.

Following the first lap melee, the top four of Lukáš Přáda, Štefanko, Podstata and Kadlečík had broken away from the pack, with the next group being David Přáda, Martin Sirotek, and Pilo all pushing to mitigate the gap between themselves and the lead group, and it did look like they would join the lead group after lap four, but an ambitious move at Vale for Pilo on Sirotek saw the MECA/ALL4SIM car spin and collected Přádas ERT car in the process. Whilst Pilo did some offroading to rejoin after the chicane, Přáda took the sensible option to wait for a safe gap to rejoin, which compromised his race as he was now down to 17th and outside of the points.

Up front, the leading Přáda brother had managed to build up a small lead over his pursuers, who continued to battle for the remaining podium positions. Michal Limon had enjoyed the best start of everyone, from 18th to ninth by the end of lap 5, and the lead of the hard tyre starters. Another group that were battling hard, particularly by lap eight, consisted of the Lenovo Legion pair of Erik Vizi and Martin Nejedlík, as they were battling with a determined Petr Hermoch for Carvargo, being almost side by side with one another throughout the entire lap, which was bringing in the recovering Pilo, who had already dispatched ORLEN Benzinas Aleš Danda and the returning Lubomír Moric in his pursuit of lost time.

After nine laps, the soft shod cars were beginning to struggle, almost catching Limon out at the Vale chicane as he nearly slammed the back of Nejedlík, costing the MECA/ALL4SIM car about half a second, but he was already back with the Lenovo Legion pair before the end of the lap, dispatching one before Stowe as they both peeled into the pits for their first stop of the race. The leaders remained locked in their battle, other than Přáda who had managed to increase his lead slightly to 1.4 seconds. Podstatas tyres were crying enough by this point, and Kadlečík easily got past the champion into Brooklands, which gave Štefanko some breathing space to chase after Přáda.

Limon enjoyed a stint as the race leader when eight of the top 10 all came into the pits to shed their starting soft tyres, Stefanko found himself behind David Přáda, with the ERT choosing to fight the ESET car, to give his brother an advantage over Stefanko, which considering the incredible talent of the Williams Esports ace, any advantage is worth chasing. Přáda pitted at the end of the lap, but the gap had grown as the pair had battled for the entire lap.

The action never died down, with two car duels to five car packs throughout the field all fighting. Pilo had continued to mitigate the damage caused by his early tangle with David Přáda as the MECA/ALL4SIM driver had got back up to eighth by lap 17, having worked his way to the head of a five-car group. The lead group, whilst a little bit further apart than before their stops, were still together, and Štefanko had brought the lead down to a second to Lukáš Přáda. Over the next three laps, Štefanko turned everything up to 11 to close in on the lead, and the old story of ERT vs ESET was resumed as the pair were within half a second of each other, and with Entropiqs new boy right behind them.

A rare mistake from Štefanko saw him go too deep at the Vale chicane, which gave Přáda some breathing room, and an opportunity for Kadlečík to attack the ESET veteran. As the laps rolled on, the pressure was constant for the top four, as Podstata was never far behind, and Štefanko broke away to pit early, going for the undercut. His strategies have been a huge part of his success this season, so it was time to see if the Williams Warrior was going to show his strategic masterclass once again. Kadlečík followed a lap later in the pits, but Přáda and Podstata continued for another lap, pitting together at the end of the lap. Štefanko had done it again, being ahead of Přáda post pitstop, but the ERT challenger was on softs where everyone around him were on hard tyres, giving him a huge advantage early on, which he didn’t waste by dispatching of Štefanko through the first chicane.

As Přáda began his march into the distance, the story was not finished for the rest of the field as numerous battles continued to wage on. Štefanko, Kadlečík and Podstata were all arguing for second place, giving further advantage to Přáda. Each time Štefanko defended from Kadlečík’s numerous attempts to take second, Podstata was ready to challenge for third. Lap after lap, the time remaining the race just disappeared, and with only five minutes of the race remaining, not only was the aforementioned battle for second still going on, the MECA/ALL4SIM pair were now fighting for sixth, Hermoch and ORLENs new boy Zdeněk Kaška continued their argument for ninth that they had been in for what felt like an age, closely followed by Danda and David Přáda.

In the dying moments of the race, a small contact between Podstata and Kadlečík saw Carvargos new signing spin, and whilst he remained in fourth, his podium charge was brought to an end. In the end, Přáda would not be denied the win, though Štefanko had mounted a late charge and brought the gap down to just half a second, and Kadlečíks debut concluded with a podium. A fantastic way to blow off the cobwebs from the summer break and the stage is set for a very exciting second half of the season.

The age of competition 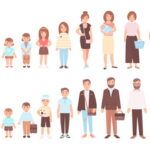 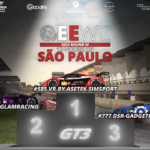 The age of competition