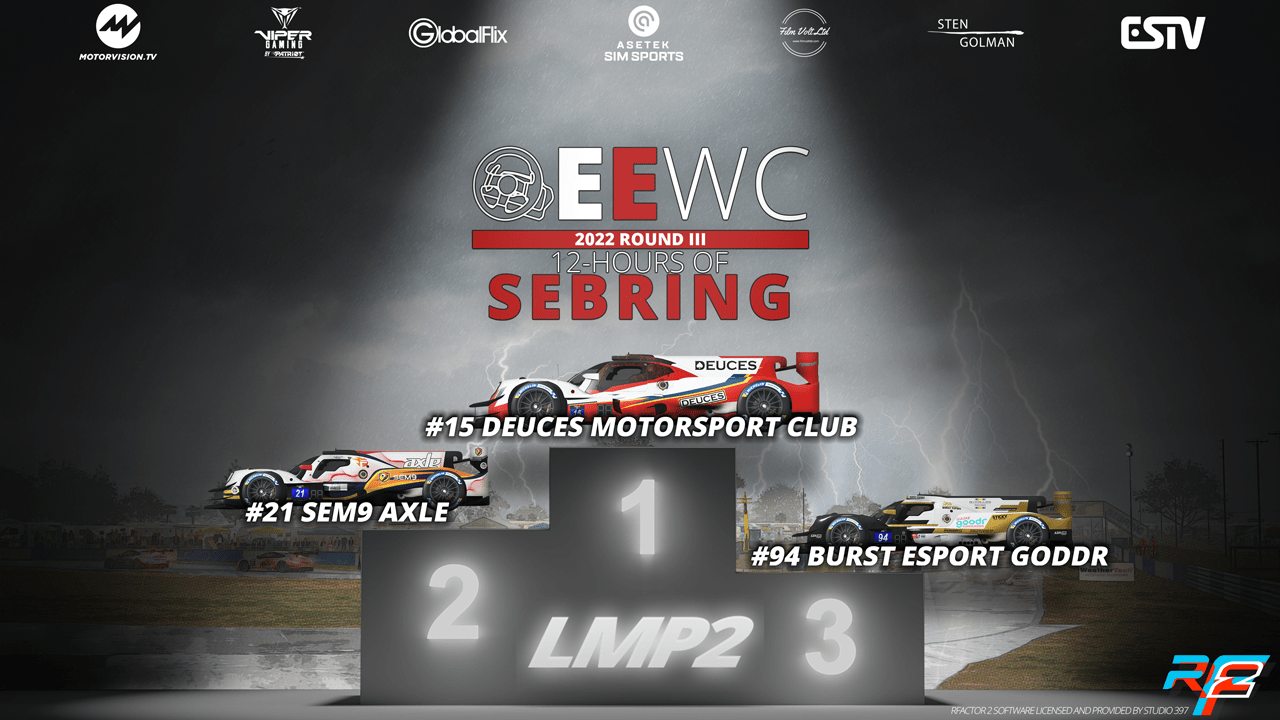 The fact that three teams are within 14 points in the championship after three races is enough excitement, and this situation was created by the long-overdue comeback by #15 Dueces Motorsport Club. Starting from third in class the team slowly worked their way forward to finally taking the win. Second place finishers #21 SEM9 Axle again faired considerably better than their DPi sister car. They started from second place with a combined average qualifying time only two-hundredth of a second slower than the #94 Burst Esport Goodr Sunglasses. And speaking of the #94, they took pole and got the extra point, but ended up in the last podium place. This means Burst and SEM9 have the same championship points, but since Burst has arrived at this score because of qualifying results and SEM9 has better average race results, SEM9 leads the championship.

Should we start making these podium posters into buyable posters on our webshop? Let us know in the comments below.

GTE Class Podium From the EEWC Round 3, 12-Hours of Sebring 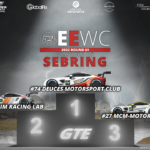 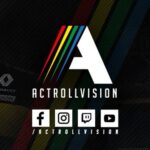 The world of the commentator, virtual or real. Luke Crane
PREVIOUS

GTE Class Podium From the EEWC Round 3, 12-Hours of Sebring