TEAM RRC has its roots deeply planted in Danish motorsport, and now it actually shares its name with the Danish karting center Roskilde Racing Center, located a little outside the cathedral city.

The name is relatively new – in fact, TEAM RRC was founded just a year ago, in October 2017, but it is a made up of highly experienced people who have been a part of Danish sim racing for over 20 years.

This giant team is present in three different classes in this year’s edition of the Endurance eRacing World Championship – LMP2, GTE, and GT3 will all have TEAM RRC participation. And with three cars, one in each of the above-mentioned classes, TEAM RRC has looked into Europe for reinforcements. Jon Fabricius Turell explains:

“We have added extra to this year’s staff so that we can field a proper pit crew on top of our driver lineup on the three cars. We have crew members from France and Holland, as well as French, English and Dutch drivers in our lineups this year.”

The right atmosphere
Team RRC was created out of another team called TS Racing. With the older team, Jon Fabricius Turell drove his first GTR24h in 2013, where they finished in tenth place overall. Since then, the Roskilde Racing Center has come into the picture and everyone in the team now looks forward to the 24 hours on the virtual racetrack in Strib.

– it will definitely make you feel like you’re on a real racetrack all weekend long. When combined with the reunion with the competition and the old and new racing friends, it’s a winner, he believes.

The competitors
TEAM RRC is ready for the LMP2 class with the team’s most experienced team. Here are some of the names: Kim Lenet with 20 years of experience and well known for creating great setups. Joe Ciampa, known from the VEC venture together Jimmy Broadbent in the GNS Endurance team and their Nissan LMP1. Here Jon Turell expects a close fight with Simtech Motorsport, Prosim and Hydr eSport, who also comes with great experience and speed.

“All the cars are the same in LMP2, so we focus on strategy and stability. A clean race is absolutely crucial, but it might be a little difficult to compete on raw speed for us, he explains.

In GTE class, TEAM RRC is ready with a brand new ensemble of drivers consisting of experienced and steady drivers who will focus on stability. While the GT3 team consists of beginners who will all drive their first 24-hour race ever during the Endurance eRacing World Championship – under TEAM RRC’s wings. 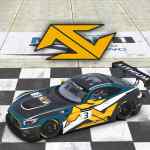 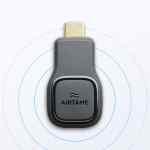