A couple of weeks ago, Yousuf had a talk with Carl Newiss. It would be nice to win, but the team is looking more to survive and complete the 24 hours. Carl especially puts emphasis on the track being bumpy and narrow.

At the time of recording this interview, the race was not yet designated to be a single-class event, plus Yousuf himself was not informed of there being any LMP2 cars due to be racing. Lapping traffic was one of the topics that is discussed between them.

Carl is trusting his drivers and looking as much on the race as a test of the drivers and trying out their skills. Carl himself will also be racing his stints in full VR and he is a little bit worried about sweat getting into his eyes.

Realism is his reason going for full VR, as we know plenty of other drivers, including Nick Newcombe, who feel the same way.

As a bonus, we also get a little tour of Carl’s rig and his equipment.

How about you, where do you think this new team to GTR24H will end up in the final results? 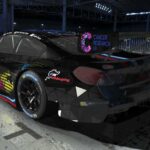 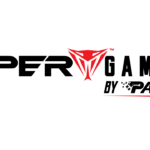