Currently holding second place in the LMP2 championship, Yousuf has a talk with Deuces Motorsport Club’s Teun Louer, who is part of the line-up in their #15 Oreca LMP2 car.

He explains to us what went wrong at Indiananapolis, where the team finished in ninth place, along with how frustrating it was for everyone to make mistakes in that race. With two successive third place finishes at both Silverstone and Sebring, the drivers are now gunning for a second-place finish at the Nürburgring 12-Hours.

But the team has pretty much given up all hope, trying to beat Varga SimRacing,and Teun goes into further details about looking into small mistakes from Varga, if any team wants to have a chance of beating them out on track.

He also admits about DEAC Hackers being the closest rivals to Deuces in the battle for second in the championship, and are not counting out Mugen either. 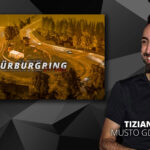 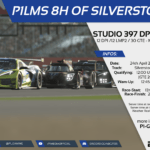