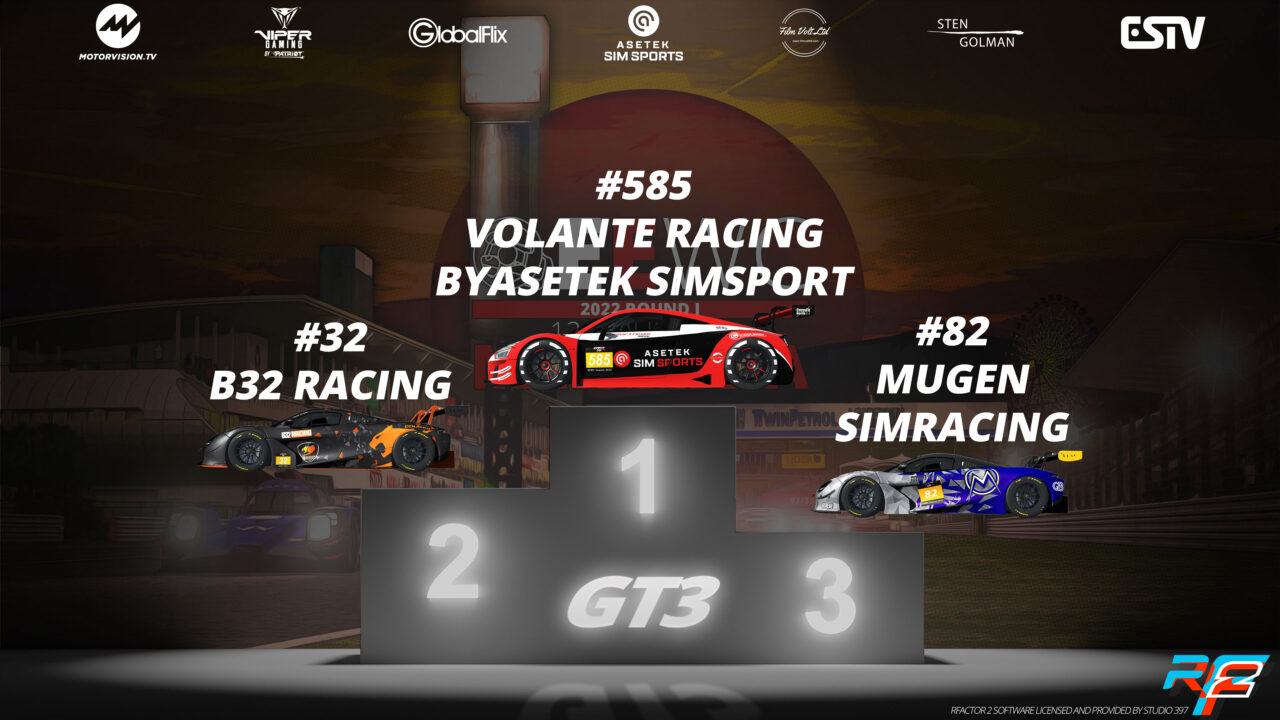 It was a welcome fight to take the first win of the 2022 GTR24H EEWC season in what was an ultra-competitive GT3 class, but when the dust had settled, it was the #585 Audi R8 of Volante Racing by Asetek Simsport that would secure its place at the top of the field, winning the race in Matusaka by a lap over the #32 McLaren 720S GT3 of B32Racing, who at one point were even leading the race, having started last after qualifying.

Class pole sitters Mugen SimRacing owuld suffer dramas early in the race, but the #82 McLaren would fight its way back to round out the podium.

Notable mentions have to go to firstly GlamRacing in the #404 Audi R8m who were battling Volante for the lead over multiple laps, before technical issues caused the team to have two sudden rejoins to the server, putting them down to sixth at the finish.

We also have to thank the efforts of Brazilian outfit CKR, who would also be able to make it on the grid, but an early DNF will see them make a return at Monza in March. 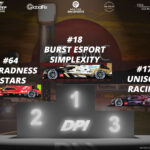 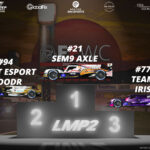