Scotland’s GT Omega have been in the business of making top-quality sim racing equipment and gaming chairs for quite a few years, and they have just announced they are holding a Challenger Cup on the Assetto Corse Competizione platform.

Eight rounds will be spread across nine weeks, the Challenger Cup will visit amazing circuits that will put all the drivers through their paces in 90-minute races.

We reached out to GT Omega for what inspired the cup to be hosted, and these were their thoughts behind it:

As we are a brand that actively produces simracing products, among other things and so we wanted to improve our community integration by bringing forwards a high calibre simracing event for the community to get involved in. The Challenger Cup is a first step that is testing the waters so to speak.

The scope is there for future events, should the Challenger Cup succeed?

That is the plan, however community uptake and engagement in the first event is priority, we want to do it right first time around to build a strong foundation to then bring forwards different events.

We wish GT Omega very well in their new venture. Qualifying runs between the 21st to the 27th of March, and the season will begin on the 6th of April, as the following from GT Omega’s Twitter page shows:

All details of the Challenger Cup can be found on the GT Omega Simracing.gp page (Password: GTOmegaGP) 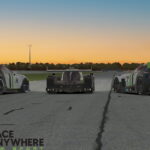 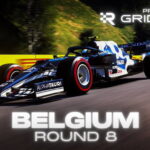