The folks over at Grid Finder have put together a clash of communities on the F1 game, the Grid Finder F1 Community Cup, sponsored by Grid Rival.

Spanning all three platforms and represented by several F1 racing communities in the sim racing world, each league taking part will nominate 2 drivers and 1 reserve to take part in the respective races, with full coverage being provided by Grid Finders broadcasting crew.

So what’s the format? A knockout phase will precede a grand final. During the knockout phase, each participating league will be grouped together in groups of ten (forming a full Formula 1 grid), with each driver scoring points for their respective team. The top five teams in each group will form the grid for the grand final.

Those familiar with league racing will recognise the race format itself, featuring a short qualifying session (which is a single 18-minute session, as opposed to the 3 phase qualifying format), and a 50% distance race. This will be used in the Knockouts as well as the grand final.

The PC races will be tonight at 9pm UK time, so head over to Grid Finder on discord for more information and details of the live stream. 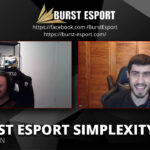 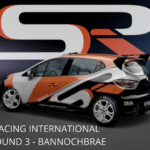