The sim racing world is filled with leagues for almost any sim that is available, the majority of which will cater for the fresh face as well as the racing ace. We at GTR24H have talked about the heavy hitters in sim racing, such as PSGL in the F1 world, or SimSport Racing International in ACC, but what about the little guys? Is there room for smaller communities to grow in such a heavily populated world? The folks at Formula Baltic Leagues certainly think so, as they launched the FBL Community following the COVID lockdowns. I had a chat with Sandro Kapeller about how FBL got going.

How did it all start?

So basically the league started when two Italians, Roberto Modena and Umberto Napoleoni invited drivers to participate in the “Formula Baltic Leagues – Radical Championship” in the spring of 2021. They had been organizing sim racing championships for something like 20 years, and really put a lot of effort into examining and inviting drivers that fit for the League. It had been six races taking place within two months, and apart from the racing the community has just been awesome and the atmosphere on track was always positive.

But when the season ended, our founders went on vacation and left us without a prospect of what to come next and when. I’d been talking with them a lot, and they gave me the “green light” to organise something for our summer break. I was desperate to learn how something like that is done and just didn’t want the community to fall apart with everyone joining other leagues or getting into other stuff. After that championship was finished, Roberto and Umberto told us they won’t come back again (work, jobs, career leaving no time to organize a league anymore). And that has been the point when we said we are now the FBL community and I  am something like the admin and moderator of it.

What was the rationale behind using the Radical SR8 specifically?

Well, with the “Formula Baltic Leagues” it just started with the Radical. I don’t know what had been Roberto’s and Umberto’s thoughts behind that, but most people who race it on iRacing will say it’s the most fun car. Very demanding to drive, but also very satisfying once you manage to control the Radical. You really have to put some effort into racing that car, and that might also be a reason why it also has a great community in the official series.

Our initial season had just been 40 Minute Races with a mandatory pit stop. For the summer break, we wanted to do something creative and went for 75 Minutes races. When we then went to plan as the FBL community for Autumn and Winter, we just knew we are a community of guys loving the Radical and chose to extend to 90 minutes and have two mandatory pit stops.

That has been the point when we realized we have something unique with our community, but also something unique with our format. To my knowledge, there is no one racing the Radical for that long, and guys that join us show a lot of respect when they go on track for 90 minutes in the Radical for the first time, but basically, everyone who joined us once for that had been excited. Even people who left us because they don’t have the time anymore tell me they absolutely loved the format and racing that car for 90 Minutes. You just have to keep full focus every second, as the car doesn’t forgive, and that’s very demanding, that’s why we chose to also run a 30 Minutes Sprint Championship, in addition, this season.

What are there the long term goals for FBL?

It may be a bold claim, but I want to get to a point where I can change our tagline to “Home of Radical Simracing”

Bold ambitions for the young community, but as the old phrase goes, “Great oaks from little acorns grow”, and we very much look forward to the continued growth of this successful community. Both of their current championships are broadcasted live on the FBL community YouTube channel (commentary by James Parfitt):
RSC2022 – Radical Sprint Championship – LIVE every Friday, 19:05 GMT
REC2022 – Radical Endurance Championship – LIVE every other Sunday, 19:00 GMT

You can also find details of their current and past championships on their website. 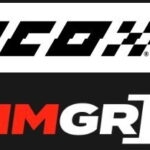 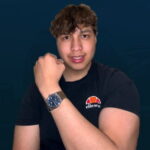