Fabrizio Donoso has been in the F1 esports scene since the very beginning, standing on the podium in the first finale at Abu Dhabi in 2017, being signed by eForce India in 2018, and representing Alpine and Race Clutch in 2020, culminating in a successful F4 test at Le Mans. The French-speaking Chilean is now moving on to new horizons, having now signed for the Spanish squad TF10 esports, having left Race Clutch earlier this month. I caught up with Fab to grab a few words about his journey so far.

Describe how you feel about how your F1 esports journey has gone.

My journey in F1 and F1Esports has been nothing but amazing, I’ve been able to grow as a person because of it, it surely made me a better driver and better person, the dream to represent and drive for an F1 team is something we couldn’t even think back in 2017.

What drew you towards TF10 Esports in particular?

I wasn’t really looking to join a team but they contacted me and I wanted to bring my experience to the team and help them for the TGC championship, can’t tell yet if it’s going to be long-term but we’ll see we had a great first race with the team.

Fabrizio certainly has plenty of experience to offer, the value of which was recognised by F1 Manager of TF10, Kaj Eltink, who was also kind enough to share a few words.

How long had TF10 been in communication with Fab before his signing?

We don’t know exactly how long but we agreed quite quickly about everything, we were both on the same page and we believe in each other to make it a great success

Are there any specific goals that you are looking to achieve with Fab?

Yes, our goal is to win the The Global Championships by GT Omega, together with our team we are confident we can take the fight to teams like Race clutch and R8G. Furthermore we hoping to improve both the team and Fab and reaching the absolute top as team

Lofty ambitions indeed, and we at GTR24H wish Fabrizio and the team success in their partnership.

Toxicity and the toll it takes 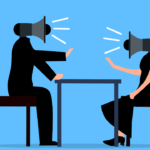 Toxicity and the toll it takes