There are so many news and announcements, that we are having a hard time keeping up with just announcing them. The biggest and most important news this week, is that the broadcast of our event has gained yet another channel.

Together with Viasat, we are happy to announce that the entire race will be broadcast on eSportTV in the week following the race.

Since a lot of teams participating in the EWC 2018 are of Scandinavian origin, we know how important this extra reach is when negotiation financial support for your teams with sponsors. It has been of the very highest priority to our partnership and marketing department to land this deal as soon as possible. Unfortunate events outside of our influence have however resulted in the announcement being force-delayed until now.

MTG who owns Viasat are also the owners of the ESL, the worlds largest esport company. And only the fact that ESL One Hamburg is on the same weekend, is keeping the EWC 2018 from being transmitted live. But we get the next best thing.

All Nordic and Balticum residents will be able to relive the EWC 2018 in the week following the race on Viasat eSportTV. 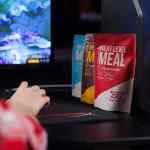 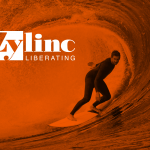 Zylinc is our new partner for EWC 2018
PREVIOUS

Zylinc is our new partner for EWC 2018