The GTR24h Endurance eRacing World Championship 2021 season kicked off in early January 2021 with 12 hours of Indianapolis Speedway and with the introduction of 4 classes (Hypercar, LMP2, GTE and GT3) and a staggering 45 teams entering the season and completely sold-out season. We already knew from the very beginning with this amount of teams entering the show – the competition would be more fierce than ever in whatever class the teams would enter. This year’s season is with many new coming teams which would make many of the familiarised and experienced teams unaware of the strength and strategies and that would make it forevermore interesting. A lot of already known teams from last year’s season advancing from GT3 into GTE and LMP2 -were we would see if the teams have what it takes to compete.

From the last LeMans 24H show in October 2020 – Pinsim Drillers eSport is back again with us to prove themself to see if they are able to take the GTR24h Endurance eRacing World Championship title in the Hypercar class from the very first race by using drivers such as Henri Sinik, Martin Hemmingsen which is notorious for incredible driving skills, stability and speed throughout the race. Even Though we knew beforehand that the outcome of Hypercar class would fall in Pinsim Drillers eSport favour after reviewing lap times and consistency- it was not with ease as it would take the team more than 9 hours for Martin Hemmingsen to finally settle the battle with 80 Omicron Sim Racing team and driver Jozef-Frederik Suto.

A battle which was for the viewers to be put into history books of Endurance eRacing World Championship 2021 – we don’t know why Martin Hemmingsen is so notorious to make these battles so incredible to watch – a thing we also saw at the Nurburgring 24Hours back in May 2020 – where Martin Hemmingsen was in a close battle with Jerney Simoncic laps after laps at Nurburgring 24H here: https://www.youtube.com/watch?v=C7Yu1MR9zQ4&t=2695s  (We recommend you view that as well). Even though it took Pinsim Drillers 9 hours to take the lead finally and hold it after 519 laps – they also managed to win superior over Satellite Racing with a staggering 6 laps lead. Unfortunately, the 80 Omicron Simracing team didn’t manage to complete the race after an Engine failure around 417 laps – where we hope the team will have better luck next time.

Moving into the LMP2 field of prototypes a few already teams from LeMans 24H is represented – teams we knew beforehand which would do extremely well due to both drivers, strategy and stability was already represented – On top came #117 Varga Simracing team with a completion of 509 laps which is more than 4 laps more than the #57 Ramada Motorsport team with a completion of 503 laps and 334 FairRacing Team with the same amount of 503 laps – the rest of the LMP2 field is full of teams which have shown superior driving and are all are worthy of the EEWC-trophy.

The GTE class was represented by a great deal of new coming teams – but also known high profile teams such as #53 and #54 Musto GD-eSports, #959 HM Engineering, #74 Deuces MotorSport #7 Pescara ADG and #45 DIS Simracing Lab – which all are teams who are capable of winning the championship – even if there is still more than 5 races left at Silverstone, Sebring, Nurburgring, SPA and LeMans 24H physical event in October 2021. The #959 HM Engineering was though the biggest surprise in the GTE class of cars – where they manage to take the win over the highly experienced and most winning Musto GD eSports – which surprisingly encountered a lot of issues and their pace make them fall more than 4 laps behind the Winning team – not something we are used to see from the team.

The #959 HM Engineering managed though and very surprisingly to already show strengths around the 2 hours of 56 minutes mark and held the lead continuously to the very end of the race.  A more surprising thing was the fall of the #74 Deuces MotorSport teams which qualified in the very top – but encountered multiple issues and fell from the list of teams in GTE class and the biggest hit was when the team hit the wall at the straights which made team lose a lot of time. A good thing which showed great team spirit was when the #74 Deuces MotorSport manage to complete the race – even though at a disappointing position 27 as the very last GTE car and even got overtaken by the #717 Unison Racing GT3 team – which must put a few thoughts in their heads. We are betting all our horses on that #74 Deuces MotorSport will come back at Silverstone with better results.

Finally, the GT3 field of cars consists of some new contenders to the throne of EEWC aka #26 OneMove Esports, #13 Danish Racing League, #41 Mugen Simracing and #717 Unison Racing team. Some of the most exciting racing was in the GT3 class of cars where the top 3 cars managed to change position throughout the race and surprisingly the not very known #717 Unison Racing team came out on top and won the race after great consistency with drivers of the likes of Aleksey Myzin, Alexander Zakirov, Jarslav Khrustalev, Nikolay Bezrukov and Maks Bunevich made it to the finish line first.

An impressive run from the team considering the entry list of teams which all are great contenders. An even more surprising finish was made by the #13 Danish Racing League team with Morten Aagesen, Sebastian Hove and Mathias Højgaard Blom took 2. place at the Indianapolis 12 hour race – we know from sources that the team were celebrating and was extremely excited about their 2. position and enjoyed the well-deserved points following the team into the Silverstone race at 6th of February. 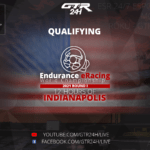 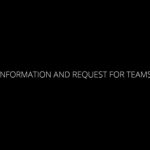