The fine folks over at Elite Racing Team (ERT) are hosting a social event that will combine some legendary names in the F1 league racing scene along with some major names outside of sim racing. We’ve seen Codemasters do something similar in the run-up to the F1 Pro Series last year, where sports stars were mixed with sim racers and real-life racing drivers, competing in exhibition races that provided much entertainment to the audience, and now ERT have put together their own event, but have not released a list of participants yet, at the time of writing. I managed to get a few words from ERT Team Manager and Co-Founder Claus Christensen about this event.

How long has this event been in the making?

Well, the event has been in the making for a few weeks only. What made it a bit easier to do, was that we already had connections with Thibaut Courtois and Daniele Haddad from when we did our PlayStation event (which can be seen here). We have had some initial talks around doing something nice for our PC roster too, and luckily the guys were all on board this time around too, so the actual planning went quite fast.

Is there a plan to hold this kind of celebrity events regularly?

We will see. Hopefully, we can do it again sometime. This time around we also got Tino Naukkarinen on board, so our “celebrity roster” is expanding. For us, it is about doing something nice for our drivers, giving them an opportunity to get a glimpse at the top level in esport, and to race big names like Thibaut Courtois, who is no slow driver on F1. Remember he overtook Alex Albon in the virtual GPs on the outside at Silverstone. All in all, this is our way of paying back our drivers for their commitment to the team. We hope they will all have fun and enjoy the racing. It’s not about winning, but that is hard to tell a racing driver, right?

ERT is a young outfit, formed in 2020, and is already partnered with OneHubRacing, which has its own racing leagues on Playstation and PC for F1, Assetto Corsa Competizione and iRacing. ERT is also partnered with clothing brand Vespertine, further bolstering the brand representation of the team.

ERT is releasing details about the participants throughout the day, but we know about a few drivers who will be on the grid so far. Williams esports driver Daniele Haddad has been announced on ERTs Twitter. the Italian is no stranger to F1 esports competition and is always ready to provide fierce competition. Along with Haddad’s announcement, Belgian footballer Thibaut Courtois will be taking part in the event. It’s not the first time the Real Madrid goalkeeper has taken part in sim racing events, having also taken part in the aforementioned Codemasters exhibition races leading to last year’s Pro Series. Tino Naukkarinen will also be on the grid, the Finnish ace has been seen in both Red Bull and Williams colours in his F1 esports career, and has also been a league racing champion in the past.

All the details can be found on the ERT Twitter page, and the event will be live-streamed on the ERT twitch channel at 7 PM BST. 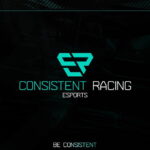 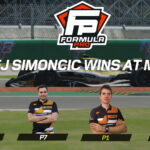 Victory for Burst esports in the Formula Pro Series
PREVIOUS