The 5th round of the Endurance eRacing World Championship is up next and takes all the teams to the famous race track of Spa-Francorchamps for a staggering 24 hours of racing. The Spa-Francorchamps track was originally designed by  Jules de Their and Henri Langlois Van Ophem and formerly held public roads such as Francorchamps, Malmedy, and Stavelot. Back then the track was more than 15 kilometres long and longer than today’s LeMans track up until 1939 and then changed to a quicker track layout of 14 kilometres – which again lasted from 1939 to 1978. Spa-Francorchamps was unfortunately also notorious for its many fatal accidents and maybe the worst of its kind was in the 1960 Belgian Grand Prix where two drivers Chris Bristow and Alan Stacey were killed within a timeframe of 15 minutes.

Spa-Francorchamps also endured multiple fatalities during the 1973 and 1975 24 Hours of touring car races which sealed the fate of the old 14-kilometre long track design and changed the format to we all know so well today. Today known track layout began its first construction in 1981 up until 2007 where the track today is 7,004kilometer including the new circuit pitlane and bus stop chicane. Spa-Francorchamps is still maybe the second-best racetrack in the world due to its high-speed straights, corners, and track format which fits so well for Endurance racing or basically any format of racing.

Stefan Bellof, perhaps the most talented young racing driver in history also lost his life at Spa-Francorchamps. In an era when only the top eight drivers scored points for the world championship, Bellof scored consecutive points already from his third Grand Prix. The year before his Grand Prix debut Bellof did not only take the track record at the Nürburgring Nordschleife, he completely obliterated it with a 6 minutes and 11.23 seconds lap time. And he set the fastest lap time during the race session with 6 minutes 25.91 seconds. In 2023 this record will have stood for 40 years. On the 1st of September 1985, Stefan was racing the 1000 km of Spa World Sportscar Championship race at the Spa-Francorchamps. On lap 78 he collided with Jacky Ickx in the Eau Rouge complex. Sadly Stefan’s Brown Porsche 956 went through the barrier, collided with a concrete wall and caught fire. The race was ended some 150 km short, because of the accident and later several FIA safety regulations regarding the construction of cars were introduced because of this accident.

The famous Kemmel Straight many cars easily exceeds the speed of more than 300 km/h or 190mph which makes it exciting to watch for a spectator as most cars here are driven to the very limit of their capabilities and at the end of straight they also need to master the hard braking zone going into Les Combes corner followed by Malmédy. Spa-Francorchamps is still many drivers all-time favourite as the track has all that a driver wants straights, hard turns, and high-speed cornering – that’s why Spa-Francorchamps is part of the Endurance eRacing World Championship and also good practice for the teams leading up to the final race of the season at LeMans. 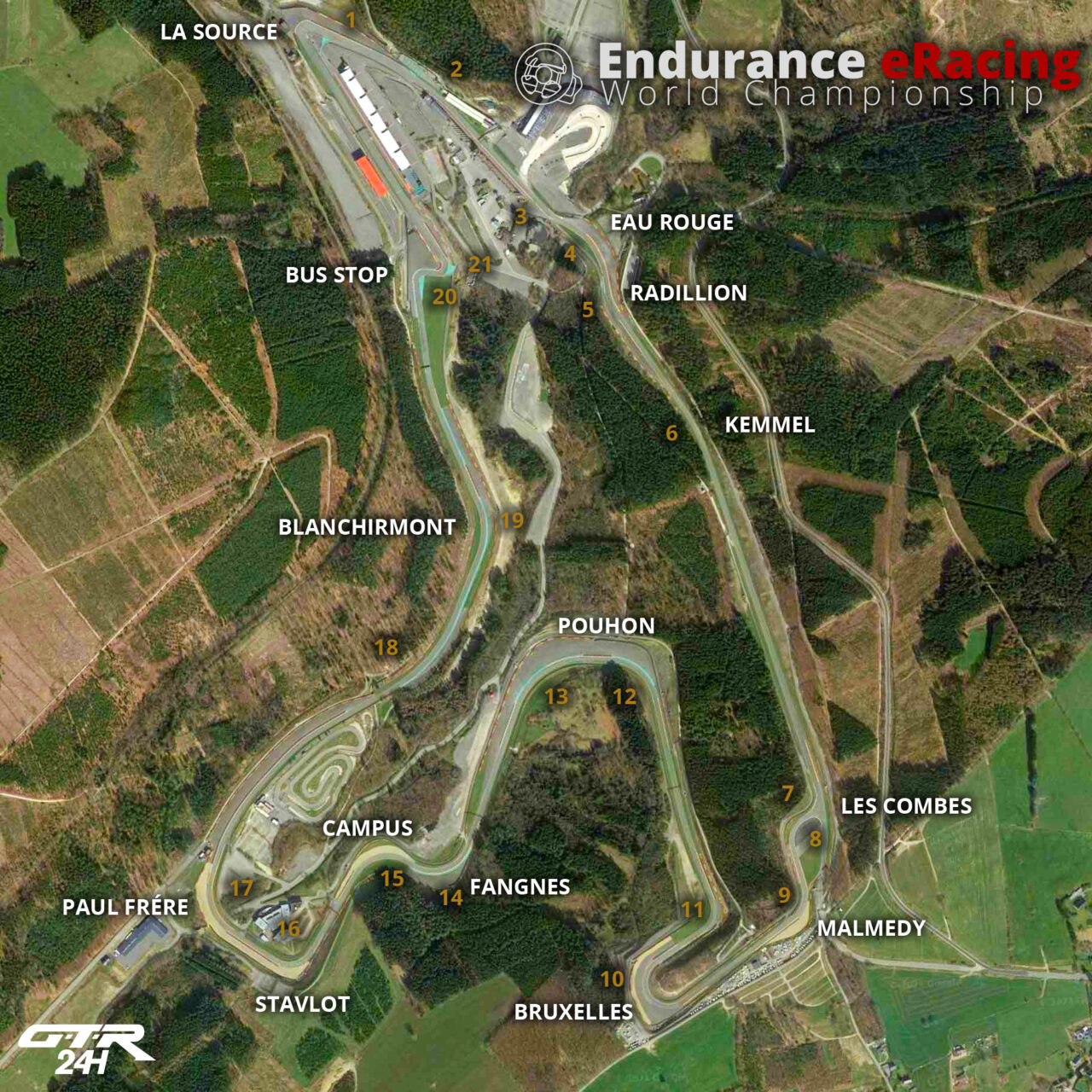 The Spa-Francorchamps track will put all the teams in the DPI, LMP2, GTE, and GT3 categories to the test in changing weather conditions, endurance, and their strategies. Our 24 Hours of racing events have proven to be some of the hardest to complete in the series and many teams fall short as most teams drive to the limit and their strategy doesn’t hold. But at Spa-Francorchamps, not only speed counts but certainly stamina, a proper strategy, stable drivers and keep the car out of trouble – are the key points to success on this track and how to master Spa-Francorchamps. For the fans, viewers, and sponsors this event will definitely give all a great deal of entertainment.

The Spa-Francorchamps program will kick off from Thursday evening with official practice then introduce 4 hours of Qualifying on Friday and the 24 Hours of Spa-Francorchamps from Saturday 28th of August from 3 PM CEST to Sunday 3 PM CEST. You will also be able to find the race at MotorVision.TV app in AppStore – which will feature the entire race where u can stream it directly on your TV at home.

You will also be able to find a lot of information on the drivers, weather, and timing in the below links:

The Entire program for the Spa-Francorchamps weekend can be found below and viewed live on Facebook, Twitch, ESTV @ Youtube, Youtube, and Motorvision.TV: The event will also be rebroadcasted later on all the ESTV broadcast channels later on. Like the rest of the earlier EEWC races, we expect anything from 250.000 to 650.000 viewers at least of the show. 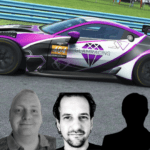 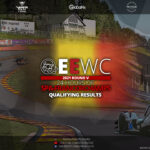