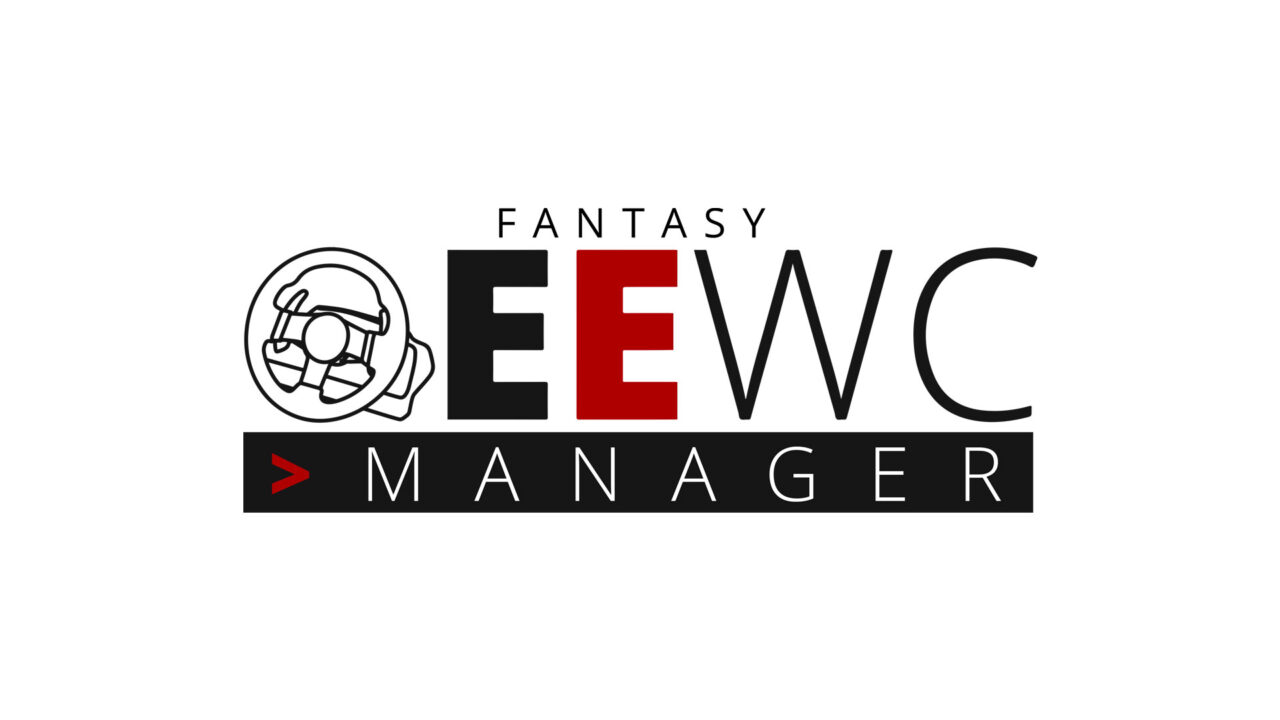 It is time to reveal another one of our winter projects. The EEWC Fantasy Manager Game, where fans will be able to set their own teams and compete for championship glory. The game focuses on selecting not only the fastest and best but the most active and engaging drivers from this season’s teams. 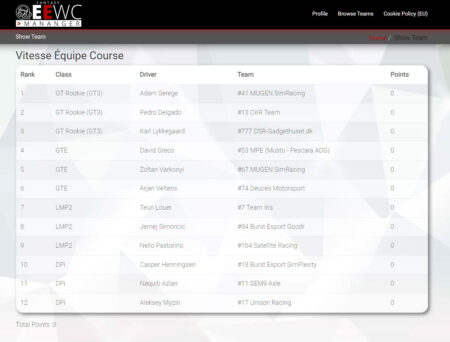 You will be challenged with selecting twelve drivers for your team, where your team will consist of three drivers from three different teams from each of the four classes. A maximum of one driver from each participating EEWC team is selectable and that way you will have to select the best possible mix of fast drivers and consistent content creators.

Don’t forget to show your support for your chosen drivers via social media and any of our live stream chats!

This game was built to make it more interesting to follow the races and events. By allowing you to set up your own fantasy team of drivers from the EEWC, we hope to make your viewing experience even more exciting, meaning that entertainment for the fans is also a very big part of it.

How does this affect the EEWC teams?

Not in any way directly, except maybe generating involvement from some more fans of your racing franchises and getting some more attention to your team in the races. Of course, any of the participating drivers are welcome to create their own teams, as they can only select themselves once. The points in the game have nothing to directly do with the championship or any prize pools assigned to that competition, meaning it is completely separate.

The only way this will have an influence on the teams, is that the driver and team data comes directly from them. If they change their lineup and the driver you selected is no longer racing, then you have to wait until the next transfer window to change your choice.

This will be the first season of the EEWC Fantasy Manager game. Several extensions, along with further ways to earn points, will be implemented during the season. Options to trade drivers with other Managers and even to but down surplus points in wagers for results against other players. The option for creating private leagues to invite your friends, family or co-workers to play a friendly round of EEWC Fantasy Manager against each other is also in the plans for the near future.

We do encourage you to join our Discord server, so make sure to find the EEWC Fantasy Manager channel to discuss the game, where you can also deliver any ideas you might have or report on any bugs of the game itself: https://discord.gg/NDedD35t6q

To play the game, visit https://manager.gtr24h.org

ZUKI has been nice enough to put 1.000.000.000 ZUKI coins on the prize pool for season one, meaning that the five best-placed teams will each get 200 million ZUKI tokens. The ZUKI Utility Tokens are the currency used in the ZUKI Project, which can be used for creative purposes like creating games such as puzzles, polls, quizzes, opinion polls etc.

These are all ways that will encourage interactivity with fans, followers and players, along with each ZUKI Token being tied to the Ethereum blockchain which means it.

We hope you will enjoy the game as much as we have enjoyed building it so far! 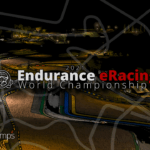 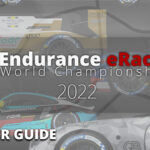