If you are already watching the fourth hour, you will automatically be redirected to the premiere of this hour. So no action needed.

It is again Kieran McGinley taking you through this hour of racing as the action unfolds in multiple classes.

At the beginning of hour three, the gap was about 1 second for the lead of the race. Coming into hour four is no different, except the gap is even lower.

That means for this hour you will be treated to battles for the overall lead and the lead in LMP2.

Speaking of LMP2. In LMP2 the #164 made its way to the lead but it’s being hunted down by Robert Paun in the #15 Deuces Motorsport Club car and Burst is lurking about a quarter of a lap behind, ready to pounce if the leaders make any mistakes.

In GTE surprises never stop striking as #54 is again hit by terrible unluck. You will be treated to some wonderful action between Tom Kapusta and Angel Banegas, not for the lead in GTE though, but still quite exciting. In the last half of the hour, there is a little delicious GTE surprise for you though …

GT3 Because of all the action in DPi, LMP2 and GTE we sadly don’t see much of the going-ons in GT3 in this hour of racing. But we will get back to that action in hour five. So hang on for that …

This hour is presented by Kieran McGinley in the commentary booth.

We hope you enjoy the show! 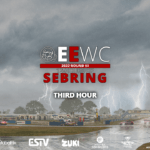 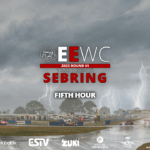