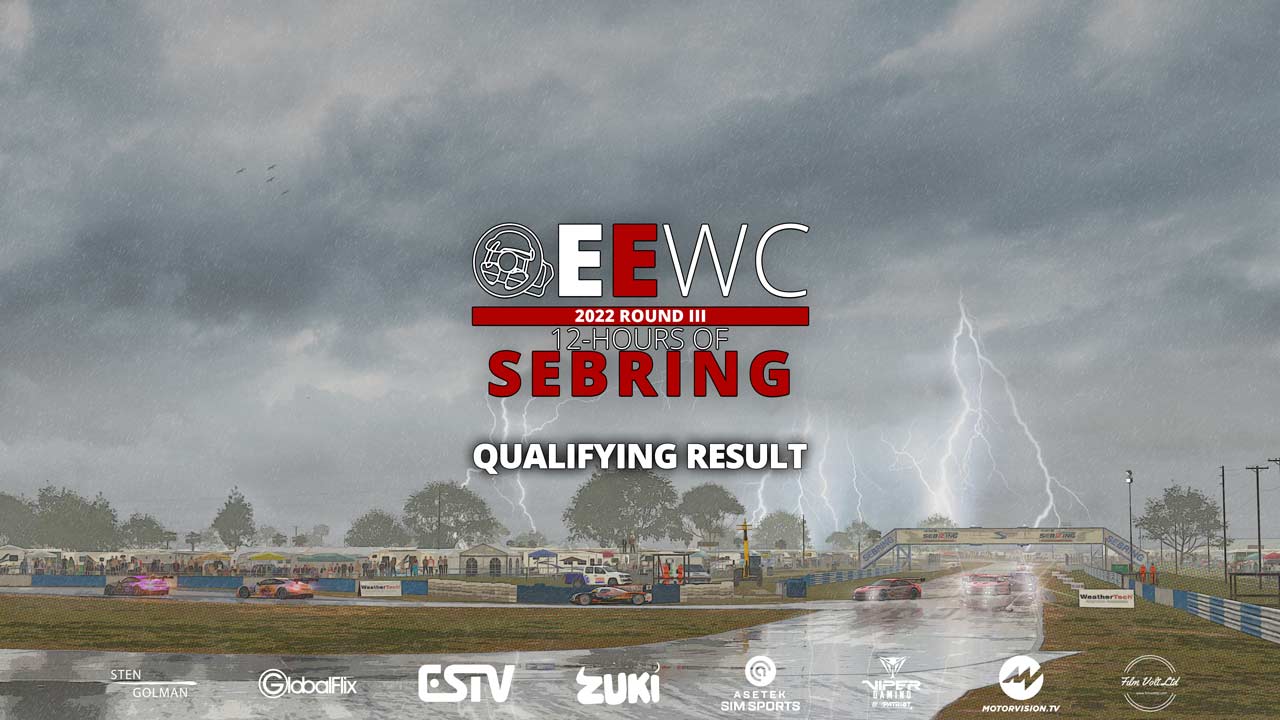 The preliminary starting grid is sorted after a dramatic couple of qualifying sessions with rain lurking right beside the track and positions teetering between the two sessions. 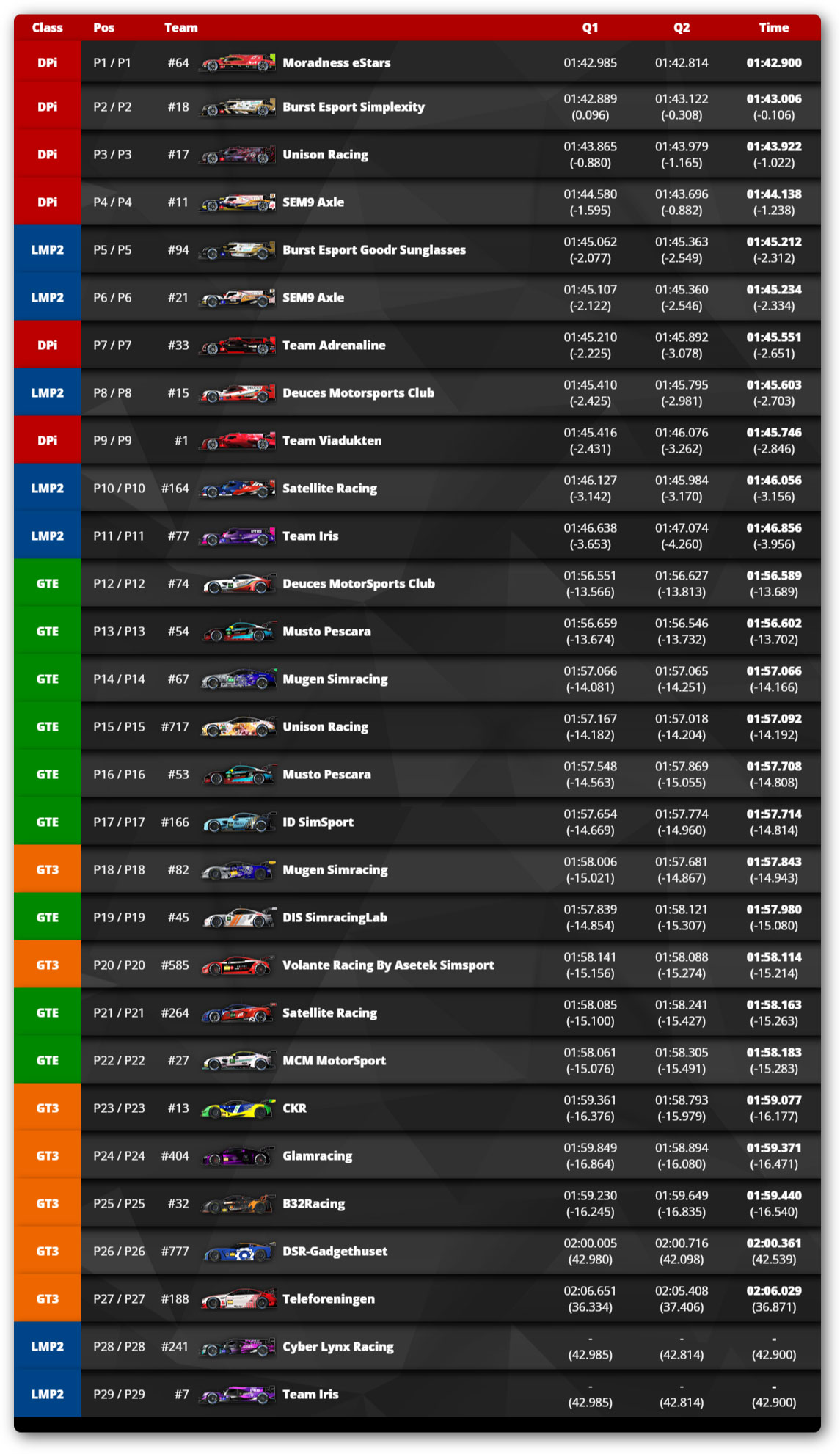 Pole position in GT3 went to #82 Mugen SimRacing crew with a margin so big that it must have left the rest of the field pondering how exactly they did it. With a blistering 1:57.681 in the second night session, they secured the class pole.

GTE was an ever so tight affair involving the Italian crew of the #54 Musto Pescara drivers and the Deuces Motorsport Club #74 crew in their Aston Martin. In the end, it was advantage #74 and the Deuces boys.

LMP2 saw Damian Skowrun throwing the #94 with menacing intent around the Florida based track leaning over his steering wheel like a hawk ready to pounce. But SEM9 stood their ground even though the #94 did take the fastest time in the second session on several occasions Inigo Anton seemed to just always have an answer at the ready. The #21 SEM9 Axle LMP2 will be starting from the class pole.
UPDATE: LMP2 pole goes to #94 after #21 had the two fastest laps deleted by RC for severe track cutting.

In the first day qualifying session, Dawid Mroczek looked unbeatable in the #18 Burst Esport SimPlexity Cadillac. But before the end, we learned to never discount the Moradness eStars as only 0.096 seconds split the two cars at the end. The night session saw Jimi Nisula put in another quick 1:42.8 time, which Michi Hoier didn’t really seem to have an answer to. #64 Moradness eStarts will be leading the pack off tomorrow at Sebring.

Congratulations to all the pole sitters. And with the weather rolling in for tomorrow and the margins in the classes being minuscule we are almost guaranteed an epic race on a unique and historical race track. Tune in tomorrow for the race start at 14.00 CEST when we are live on YouTube, Facebook, Periscope, DLive and a plethora of digital stream TV stations and VOD services through ESTV and Motorvision.tv 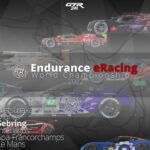 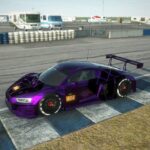 First win ever for GlamRacing
PREVIOUS

First win ever for GlamRacing