Coanda Simsport has been a force to be reckoned with in various sim racing championships for several years. With a multi-national driver roster, the amount of success that the team has enjoyed thus far is simply incredible. Coanda has teamed up with Porsche in the past but now, the partnership has become a longer-term arrangement between Germany based Simracing team, and the pride of German automotive engineering. In 2020, when Le Mans was cancelled due to the Covid pandemic, Coanda and Porsche came together and put four Porsche 911 RSRs into the virtual Le Mans event, combining real-life and esports racers and creating the foundation of what was to become the Porsche Coanda Esports Racing Team.

The fact that Coanda is also included in the official team name is a matter of course, and it underlines the partnership at eye level. With the professional structures, the world’s best racers, and the overall Coanda package, we can’t imagine a better partner for our future in virtual motorsport.

In the same way that we have found a perfect partner for our LMDh project in Penske, we are convinced that Coanda, as one of the most successful sim racing teams, is the right choice for us”

For Coanda Esports, the appointment as Porsche Motorsport Esports works team is another milestone in its long history of success. Part of the cooperation of the Porsche Coanda Esports Racing Team is also the fact that the drivers Joshua Rogers, Mack Bakkum, Tommy Østgaard, and Mitchell DeJong will be signed as Porsche Esports works drivers. Martin Krönke will join his teammates as an official reserve driver.

Back in the day, we founded Coanda as friends with a shared passion for motorsport and sim racing. This mantra has not changed ever since. Of course, we have grown over the years. First with the sim racing house, and earlier this year with the Coanda Esports Hub as a new facility for our drivers and in-house media production team. To take this next step together with Porsche is a dream come true for all of us

Coanda is showing just what is possible in today’s sim racing world, and how far the commercial value of simracing has developed. Damian Theato, Creative Director at Coanda Esports explains that the new partnership with Porsche is the esports equivalent to Penske Motorsport running the LMDH team. A fully-fledged works esports team. All the drivers had to endure the same fitness test as the real-world drivers, similar to the demands on Formula 1 esports teams, and now Porsche Coanda is leading the way in other simracing avenues. We very much look forward to seeing the success of this new partnership. 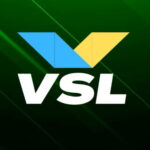