Together with a number of new partners, which will soon be disclosed, GTR24H is launching a brand new online 2-hour sprint series hosted in Assetto Corsa Competizione.

GTR24H owes its legacy to the 2005 release of GTR by Simbin and later GTR2 both simulating the high powered FIA GT Championship. This sparked the first GTR24H race in 2007. Today 13 years later, the biggest sportscar championship is the GT World Challenge, the modern equivalent of the 90s and early 00s GT Championship. It just so happens that Kunos Simulazioni created a world-class simulator called Assetto Corsa Competizione, simulating just that series, which makes this the moral successor to GTR2. The platform that started it all. Perfect.

The length of the races will be approximately two hours. We will schedule the race lengths with the aim of making two pit stops necessary for all cars. The championship will be for two-driver teams. The races will be live stewarded, just like our main rFactor 2 races. And they will be broadcast live with world-class sim racing commentary. The capacity is set at 30 teams. Should there be more than 30 teams signed up, a detailed plan for splitting the teams into tiers will be crafted. But do expect only the top tier races to be live broadcasted.

As a bit of a heads up for teams considering signing up for this series, you should also be prepared for some special obligations especially in regards to live streaming and content creation. More information on this will also be disclosed as soon as possible.

The following schedule is subject to change, but preliminary plans are to run races Thursdays on weekdays.

Further rules, signup, prize information and signup fee information will be published as soon as we possibly can. And to clarify the status of this project: Yes, there will be an Assetto Corsa Competizioné online championship series. That is settled. What needs finalizing, is the surrounding circumstances. 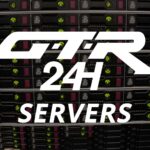 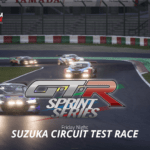