The contract with SportExtra requires fast action. On Wednesday we will kick off the series with the first 2-hour race at Spa-Francorchamps. The first race of the season will have a 600 € cash prize for first place, as well as hardware prizes sponsored by RIOTORO and ZYLINC.

The remaining eleven (11) races will have a first-place prize payout of 100 € minimum.

This means the special event that was supposed to be run on Tuesday is replaces with the first race of the Assetto Corse Competizione Sprint Series. All the teams signed up for the race on Tuesday will have their signup transferred to the full Sprint Series Season instead. That means anybody signed up for the special event on Tuesday are now automatically upgraded to an entry in the entire season with no extra cost.

The entry fee will vary from 10 to 50€, depending on your choice of commitment and associated discounts. There will be a 50€ cashback payment to all teams that compete in all the twelve (12) races of the season.

All races will have live stewards and live race control monitoring the race.

The races will be run in accordance with the GTR24H Sporting Regulations, with a separate Addendum with special rules for the Sprint Series.

All races will be live broadcast by SportExtra as well as separately live-streamed by GTR24H to Facebook, YouTube and Twitter. The expected viewer numbers for SportExtra are unknown for now, but we expect the GTR24H live stream to generate at least 30K viewers per race.

That is all the information we have for now. But follow the page closely for more information in the coming days.

We kindly and humbly as for your support in sharing this with the sim racing community. Let’s make this happen with a full grid. 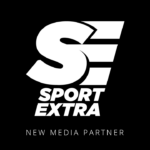 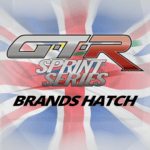 ACC Sprint Series continued at England with a blast!
PREVIOUS

ACC Sprint Series continued at England with a blast!