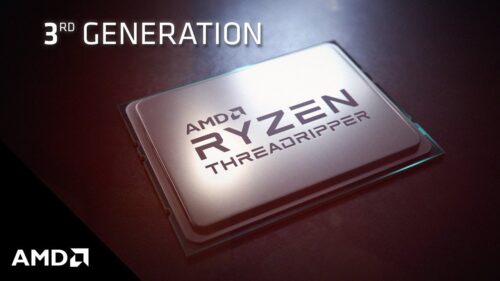 AMD a world leader in manufacturing processors and GPUs is now joining the GTR24h Endurance eRacing World championship as a  sponsor. AMD has experienced tremendous succes for the last 3 years with the introduction of the Ryzen Family processors – with the latest introduction of AMDs Threadripper 24, 32 and 64 core processors with support for simultaneous threads and able to maintain a clock of impressive 4GHz.

The Family of Ryzen processors has shown its strength against the competition and obtained a huge marketshare both in ASIA, EU and US.  The latest edition of processor recently launched 3960X, 3970X and 3990X where prices ranges from 1400 USD – 3600 USD will give you state of the art performance and a processor for all your daily tasks.

Even if the introduced prices from 1400-3600 USD seems to be alot of money – AMDs has as well introduced their latest 12 core processors which are named Ryzen 9 3900XT with a baseclock of 3.8GHz and a Max boost clock of  4.7GHz, Ryzen 9 3950 with a base clock of 3.5GHz and up to 4.7GHz and lastly 3900 with a 3.8GHz baseclock and 4.6GHz boostclock- which is good value for money and meant for the highend gamers which simply want the best of the best.

The GTR24h studio is primarily driven by Ryzen configured systems to run our entire production and we couldnt be more happy with AMD helping us with content creation.

And most important news for the teams competing in the EEWC (Endurance eRacing World Championship) is that will AMD be giving out prices for the team in Hypercar, LMP2, GTE and GT3.

Matsusaka Weather Forecast For The Weekend 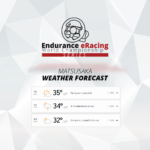 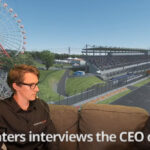 Matsusaka Weather Forecast For The Weekend