Unison Racing’s Aleksey Myzin has spoken about his team’s chances of taking the Endurance eRacing World Championship title in the GT3 category at the upcoming Le Mans 24 Hours. They have a 20 point advantage over MUGEN Simracing with only one race to go, and so only need a podium to secure the win. Despite this, Myzin played down his team’s chances when asked about their championship lead.“Nobody can be confident in anything. We think our chances of championship winning is just over 50% due to the current points gap.”

He also explained how glad he was to have Alexander Zakirov returning to the lineup after technical problems at Spa. The only other 24 hour race this season was dreamy for Unison Racing, as they managed to take the victory by multiple laps. The key to their victory was staying out of trouble, which they managed to do far better than any of their competitors.

Myzin said that they will draw on this experience moving forward into Le Mans, as their victory in the last round will help them. When asked what he learned from Spa, he simply answered “be patient“. MUGEN were faster than Unison Racing throughout the Spa event, however they had multiple incidents that set them back a very long way.

The #717 didn’t have anywhere near the amount of issues because they really stayed out of trouble. “Our target is to avoid (issues). Race as good as you can and God will reward you. It’s a matter of trust.”

The lack of confidence may seem puzzling when talking to Myzin, however he believes he has good reason to feel cautious due to the Aston Martin they are driving. Unison Racing won the first two races of the season with it, but a BoP change in February after Silverstone has left them struggling in the second half of the season.

The Aston Martin “suffers from the lack of power either on long Le Mans straights or in overall. High weight and sluggish acceleration of the car will definitely rob some part of our speed compare to opponents.”

It will be a point of concern for Unison Racing that they are struggling for top speed at a track where top end pace is necessary.

In terms of which car is ideal, Myzin said that the McLaren is probably favourable for Le Mans. He rates the car highly, especially over a long distance race, and this just so happens to be the car used by their main championship rivals. To add to this “(the) Ferrari has always been kinda fast too“, but it’s not confirmed whether anyone racing at Le Mans this year will be using the Italian manufacturer.

Myzin’s comments can certainly open the debate about whether these comments are mind games with their main rivals, or genuine causes for concern to Unison Racing fans, but he gives a fascinating insight into the team during their Le Mans preparations.

Catch Unison Racing in the EEWC Le Mans 24 Hours from the 27th to the 31st of October. 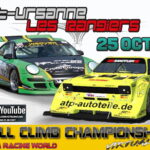 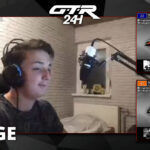