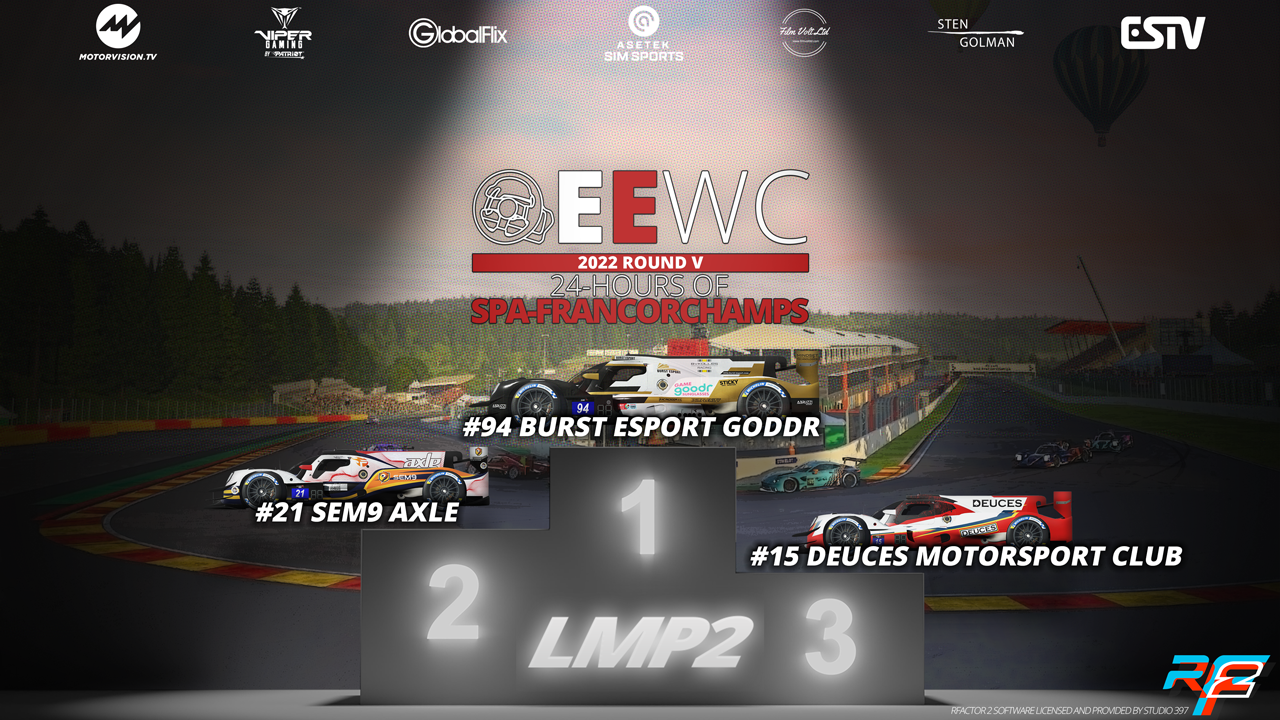 Knowing what is at stake, with a prize pool of US$ 150.000, and the teams themselves being able to earn as large a share as they can manage, it seems odd to have only three cars take the start in one of the most popular classes in rFactor 2.

Right now the recording of the race is being rendered in hour-long bites and shipped to ESTV and uploaded to our growing fast-channel network. ESTV includes the race on their 35+ channels and VOD services and they report to us, that 24-hour races always net somewhere between 250.000 to 500.000 views on their network. The new fast-channel network of Xiaomi, Ayozat, FilmVolt on Amazon Fire and Roku, Carbon TV, Ebaba TV, FreeCast TV, Select TV, HeroGo TV, NBC Universal Local NOW, Meta X, OneHub, RAD, Segi, TCL and Vivalive, has caused our website traffic to spike so hard, that the website has been unavailable on several occasions in the last month.

#15 Deuces Motorsport Club decided to park their car in the garage, as their drivers prioritized a different race taking place at the same time. And although this race was only six hours, they did not come back to take the car to the checkered flag.

#21 SEM9 Axle was haunted by technical problems and at a point during the night, it became too much for the drivers, and they decided to wave the white flag. This left only one car on track in the class and the #94 Burst Esports Goddr Sunglasses car soldiered on and was at one point less than 30 seconds from the overall lead.

#94 Burst Esports Goddr Sunglasses has a strong lead in the championship, but it is not set in stone just yet! Remember the double points. So they can’t just cruise the car across the finish line at Le Mans. If the #21 SEM9 Axle crew run away with the win and pole position, Burst Esport will need 34 points to tie the championship. That means they can not finish lower than second. If any of the other LMP2 cars win, Burst Esport can finish two places behind SEM9 Axle and still take the title. 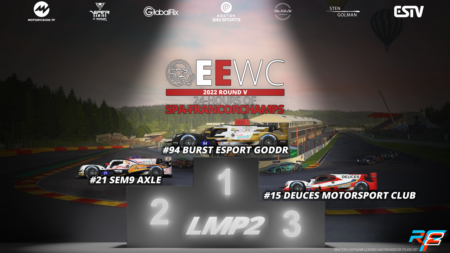 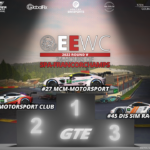 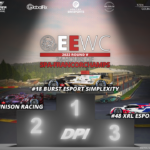