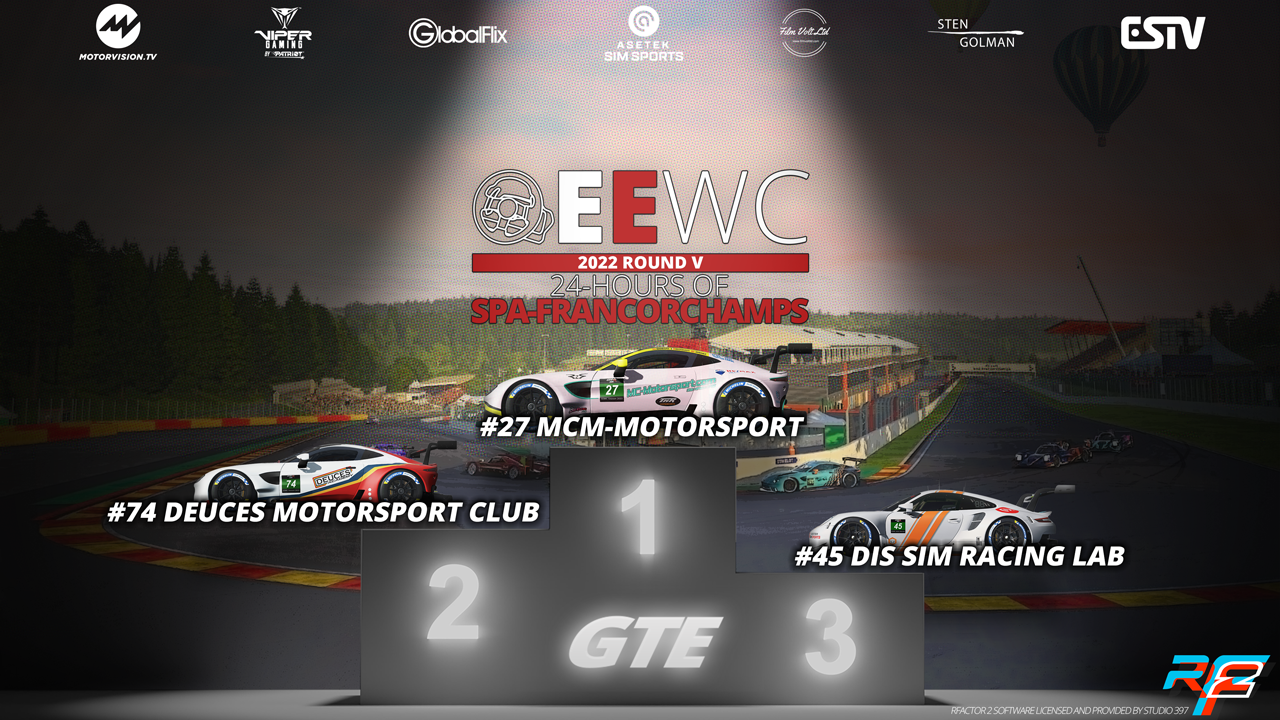 The first half of the race features several epic battles between the #74 Deuces Motorsport Club and the #27 MCM-Motorsport crew. And for a while, aided by some pit stop trickery, the race was led by the #45 DIS Sim Racing Lab as well. But sadly they had a hard encounter with the barriers at the top of Radillion and faced a rather lengthy pit stop to repair the damages. And since MCM-Motorsport ran the entire race without any major incidents, they came away on top of the podium.

Halfway into the season, it looked like #74 Deuces Motorsport Club were going to run away with the championship. But with two wins in a row #27 MCM-Motorsport is catching up quickly. Le Mans is double points and pole position plus a race win is worth 54 points. If MCM takes the 54 points they will end up with 142 points then Deuces Motorsport Club needs to finish third to clinch the championship by four points. 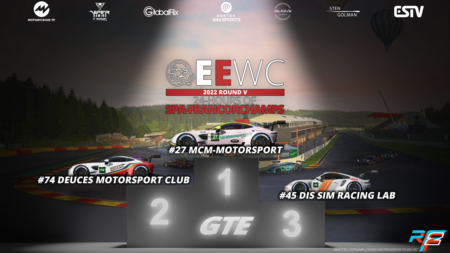 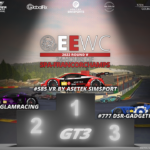 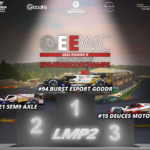