For 2023 we put the track choice to a vote. One vote amongst the teams and drivers, and another vote for the fans. The audience of fans is heavily skewed towards North American tracks simply because the majority of the fan base is from the USA. So you will see four tracks in the calendar from the North American continent.

For the 2023 season, we decided to keep the overall length of the season the same, but include only one 24-hour race, making the Le Mans final all the more unique. The rest of the season is now six twelve-hour races.

Why should you register with GTR24H for the 2023 EEWC

✔ The longest and toughest endurance championship in sim racing
✔ Free to participate, no fees, no expenses necessary
✔ Open to everyone
✔ Four-class full endurance racing
✔ Broadcast live and recorded to 40+ fast channel networks
✔ Ever growing platform and reach of the live coverage of races
✔ Rules changes suggested and decided by team managers 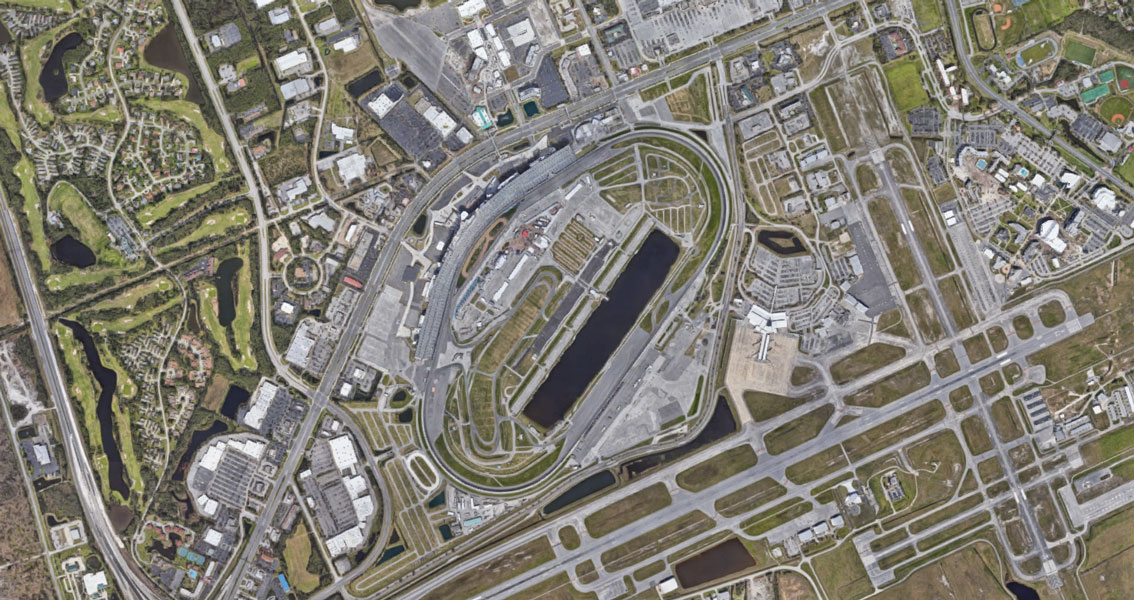 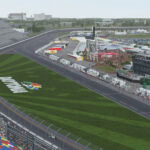 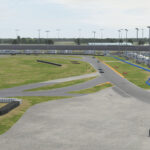 Daytona was a split second in the votes tied with Spa-Francorchamps. The track was included because it has wide long straights and the road course section is technical but not too challenging. It is a great track for a season opener with a new field of competitors that need to get to know each other’s driving styles.

We classify Daytona as a high-speed and low-downforce track. 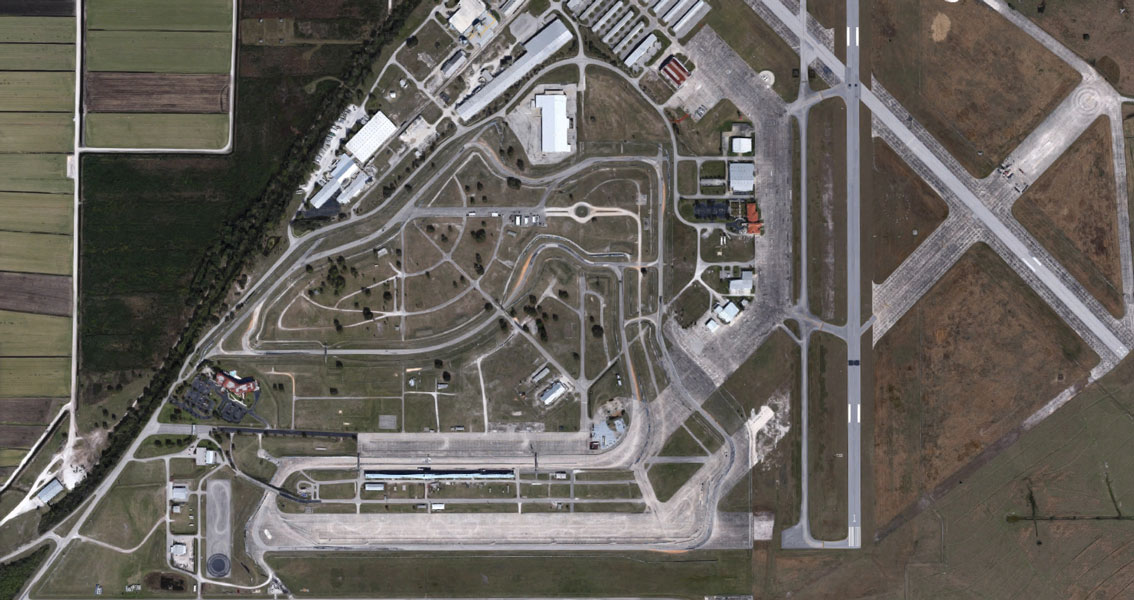 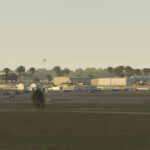 Sebring was the clear winner of the vote. It’s also a classic EEWC track that has been included in the series ever since it started and before that, it was raced as an annual special event. We love the track and the Florida spring weather that seems to always dish out surprises. This was the number one favourite track amongst the fans, but ranked only third with the drivers. Enough to win the vote though.

Although featuring technical sections the track arguably features no less than five straights and that is the reason we classify this as a medium-speed medium-downforce track. 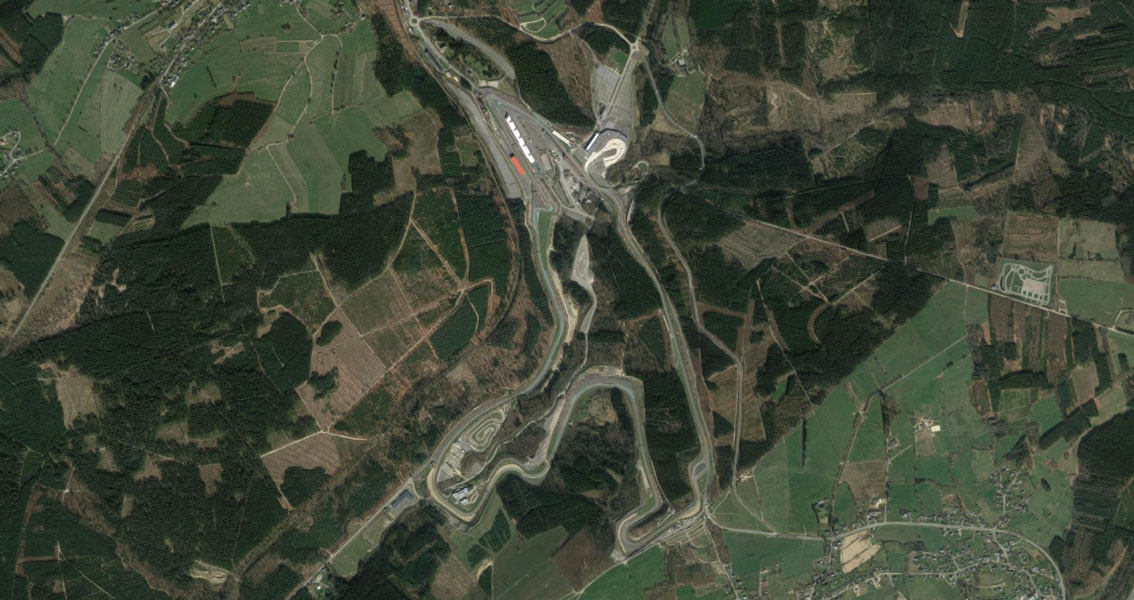 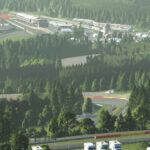 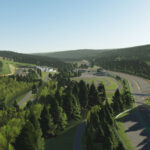 This track tied the vote for second place with Daytona. And it is an absolute classic not only in real-life endurance racing but in EEWC and GTR24H history as well. A side note is that this was mainly loved by the drivers and got only half the votes from the fans, as it got from the drivers. So a real driver’s favourite.

You can argue about Eau Rouge and Blanchirmont disturbing the full-throttle experience, but really in terms of speed the track features two massive straights. To us, that puts it in that high-speed mid-downforce category. 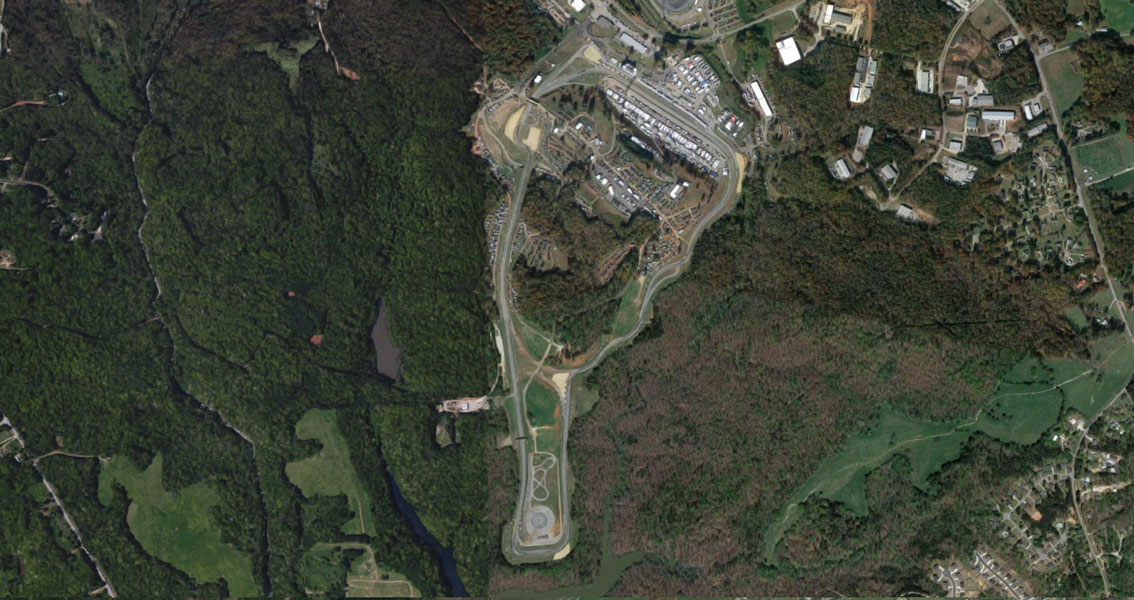 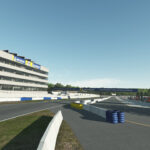 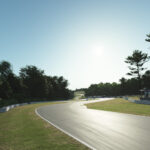 You can argue this is the second most popular road course in the USA. Home to the annual IMSA finale known as the “Petit Le Mans”. A track that ranked high with the fans while not being equally popular with the teams and drivers. It did tie for fourth with Nürburgring and Watkins Glen, but out of the three we chose Road Atlanta for it’s unique character and challenging layout that favours the more nomble cars. The track ads even more variety to the season.

This is a twisty track with blind entries and blind apexes and the front straight is even hardly a straight, which leaves only the back straight as the only proper top speed test of cars. We rank this as a slow-speed high-downforce track. 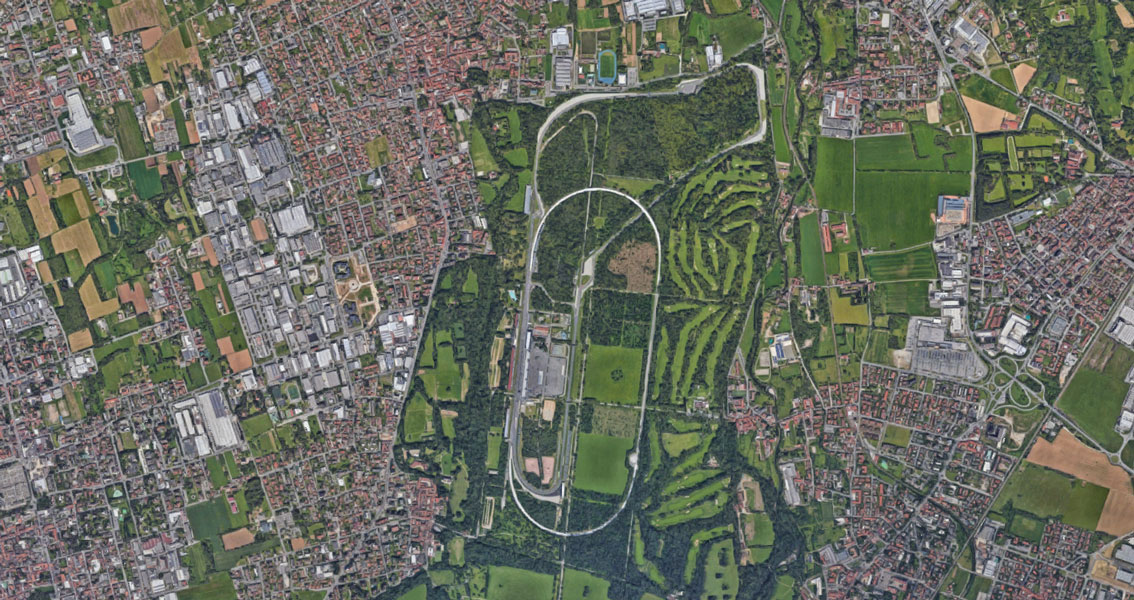 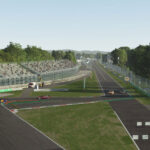 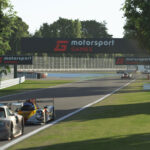 Hold on, wait a minute! In third place, equally popular amongst drivers as fans we find the Italian temple of speed! Monza!

This track needs no introduction. It’s basically a straight that someone was careless enough to drop a couple of chicanes and 90-degree turns on. Dismantle your wings and aero devices, and maybe use it as a test for that Le Mans setup you will be needing later in the season.

Monza has been the host of several GTR24H races in the past couple of decades and always provides thrilling racing. 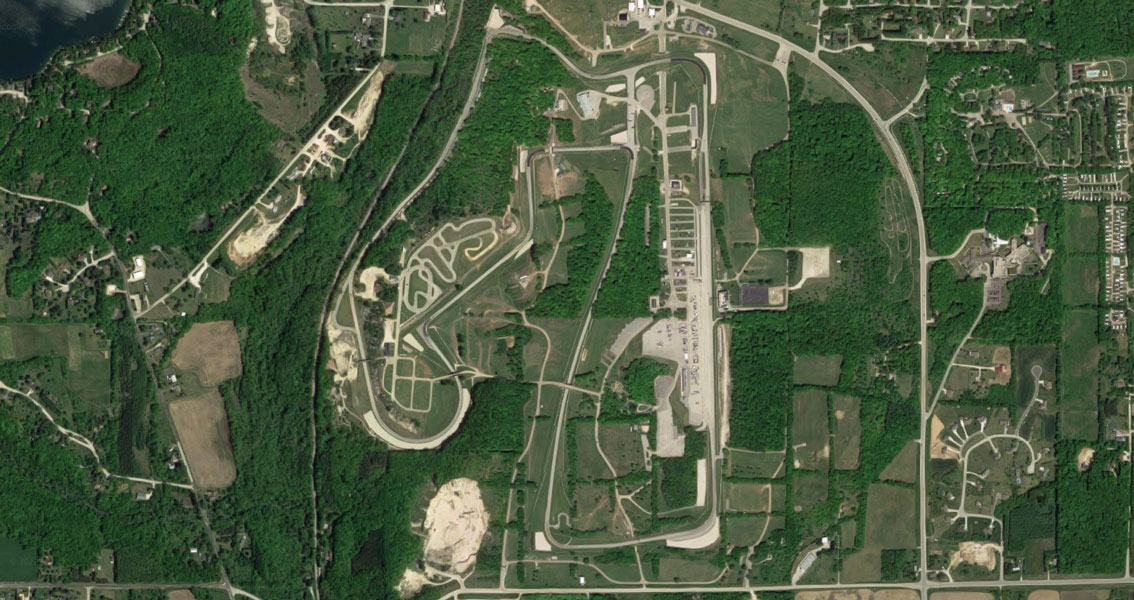 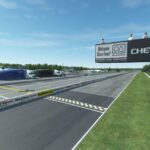 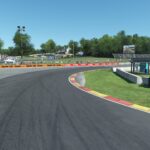 Also known as Elkhart Lake’s Road America is the track that tied 5th place with Silverstone and Indianapolis Road Course. Being the most popular amongst the drivers of the three and adding more diverse flavour to the series we chose to go with Road America.

The track will add a varied layout to the calendar with its long straights and fast-flowing corners. The location in the moraine landscape of Wisconsin provides plenty of elevation changes to make the track a full plate of features. 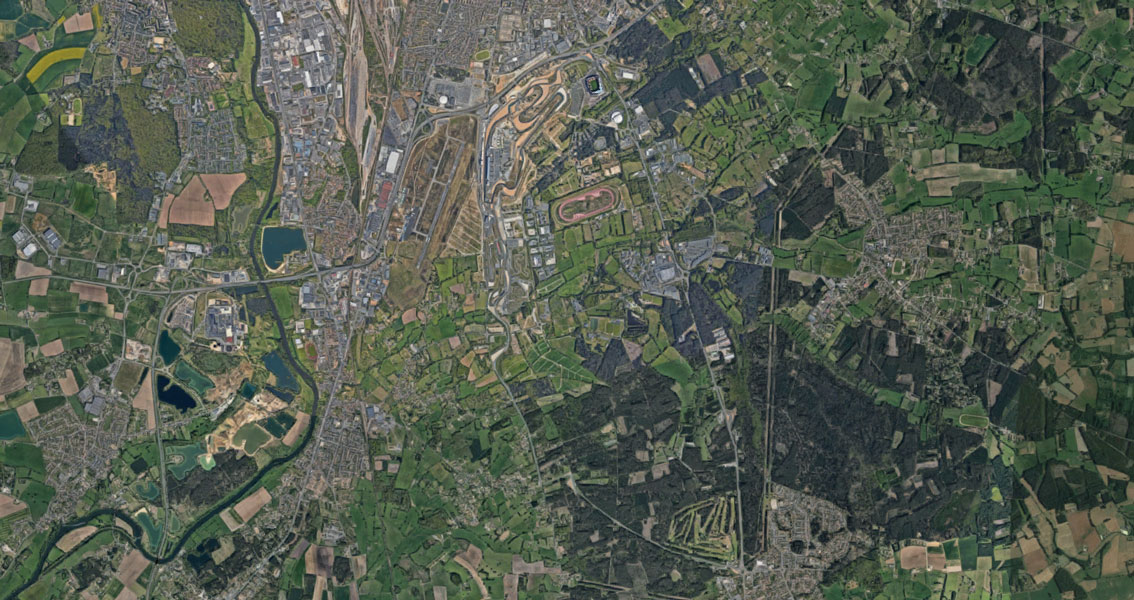 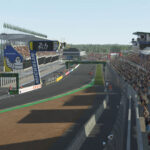 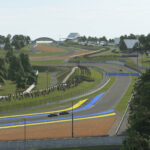 The traditional double points finale to the EEWC. 24 hours around the french countryside near the town of Le Mans. We are hoping this time to be able to host the race once again as a physical event. How the event will be executed is still in the planning.

Intentions And Ambitions For 2023

There is a lot of stuff that we want to achieve for 2023, and stuff that we are still working on. And GTR24H has always been and will always be a growing and evolving company. And we want to lift a little bit of the curtains on what we will be working on for the coming season. Some of it we will achieve and some of it we might not. But you should know what our goals are.

For 2023 we are working hard to repeat the concept that will distribute the prize pool evenly between results and support of the series. The more actively you promote your team through our tools, the bigger slice of the prize pool your team will earn. This helps team managers and drivers attract fans and sponsors to grow their teams.

The final Le Mans race should be reinstated as a physical event for 2023. The date is set but the location is unknown for now. We are aiming to combine the event with a “Men’s Lifestyle Exhibition” so that spectators will not only come to watch the race but to enjoy a weekend of wine tasting, travel agency offers, mountain biking, car accessories, car tuning parts, cool furniture, watches, electronic gadgets, gaming and much more.

If the economic situation for the company allows it, we will be picking up on the long-form interviews and podcasts again. We really, really, really want to help the teams create content and promote their drivers and sponsors. To help teams gain fans is thé absolute top priority for us!

As of now there are 14 spots open for the 2023 EEWC. You may apply for participation here: https://gtr24h.org/product/2023-gtr24h-eewc-signup-application-form/ 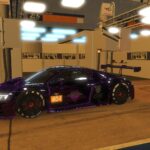 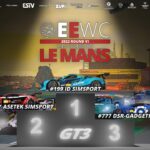