This is it, the ticket sales for GTR24h 2015 are now open! You can go to the registration page to buy a ticket via Eventbrite, right now! Remember you can start out by only buying a pitspot ticket to reserve your place on the grid, and buy driver and pitcrew tickets later. Keep in mind though, that the tickets are cheaper if you buy them before the 1st of August.

This also means that the first version of our cars and Le Mans circuit are now available for testing! We have been hard at work on these cars since last year’s race, and all of the physics have been completely redone. We think the cars are much nicer to drive than last year, but we are excited to hear your feedback. We have been teasing the new cars a bit lately on Facebook, but just to clean matters up, here is the list of cars available for this year’s race:

Track:
Circuit de la Sarthe – by Simon A Jones. Converted to rF2 by Jeppe Rasmussen. This track will be released publicly later this year.

Contrary to last year you do not have to buy a ticket to try out our cars and track, and the royalty fee to URD has been deducted from our ticket prices. Instead you have to own the URD EGT mod yourself. Anybody who owns the mod can get the password for our test server. Fill out the “URD Verification” form HERE, and we will send you the password via email. Remember though, that these cars are our own version and we do not have permission to share them with the rest of the community, so you are not allowed to share our cars and track! 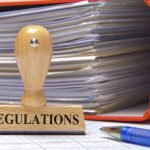