Today we bring you exciting news as AMD our sponsor launches a new line of Ryzen 5 and 7 and Ryzen 9 family processors which will secure our many sim racers optimal performance for both racing and streaming at once. The Ryzen 5, 7, and 9 families of processors:

To us at GTR24h – the Ryzen 9 5900X looks to be the best pick as it gives a state of the art performance at a price tag of only $549 – this is not something that scares us for what surely is the best performing consumer processors in the World per dollar.

With sim racing titles getting still more complex and moving to multi-threaded environments, as we heard from Marcel Offermanns, head of Studio397 earlier today. We know many sim racers are moving towards streaming their racing activities to social media as well. And streaming while gaming and not affecting the gaming experience is something the AMD Ryzen processors excel at. Something you want to look for in sim racing processors is a low TDP. The reason is simple: Heat generation. Sim Racing is a form of esports that can put the hardware under a +90% load for extended periods. Using less power means less heat and this significantly reduces the risk of experiencing unscheduled race endings or laggy performance due to thermal throttling. 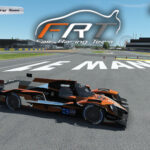 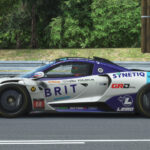